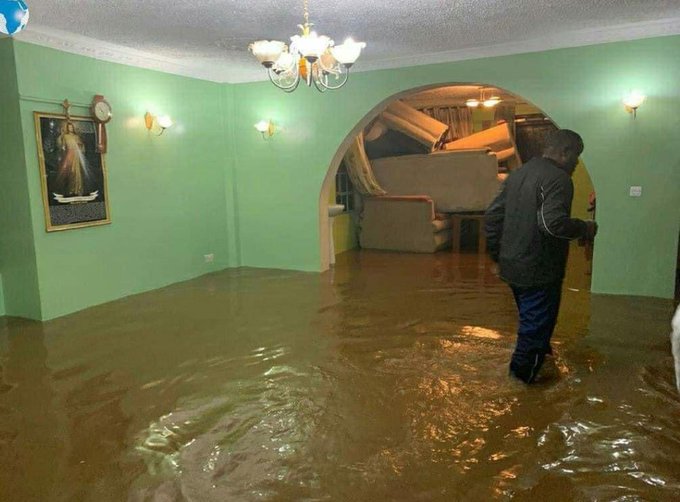 Families living in Northville estate were forced to spend their night in the cold after a dam situated in the vast Northands City farm burst its banks.

The dam that spans hundreds of meters, has had its fair share of complaints, as residents who dwell in the nearby affected estate protested the raising of the Dam’s walls, citing safety concerns.

“In our various meetings with you, we expressed our reservations on the ”containment wall” blocking stormwater from our estate into the natural course, which is within your property,” Varsityville residents said in a letter sent on 17th September 2015.

“The wall restricts the natural flow of the water, thereby causing flooding in our estate during heavy rain periods,” the letter, signed by Varsityville Residents Association Secretary, Francis Kiarie, notes.

The residents have resorted to file another complaint, threatening to shut down the damage to ‘avert the impending disaster’.

The prestigious investment rumored to be owned by the Kenyatta Family is situated along Thika Road, at the border between Nairobi and Kiambu Counties. It is managed by the Brookside Dairy, which also has a cooling and storage facility in the area.