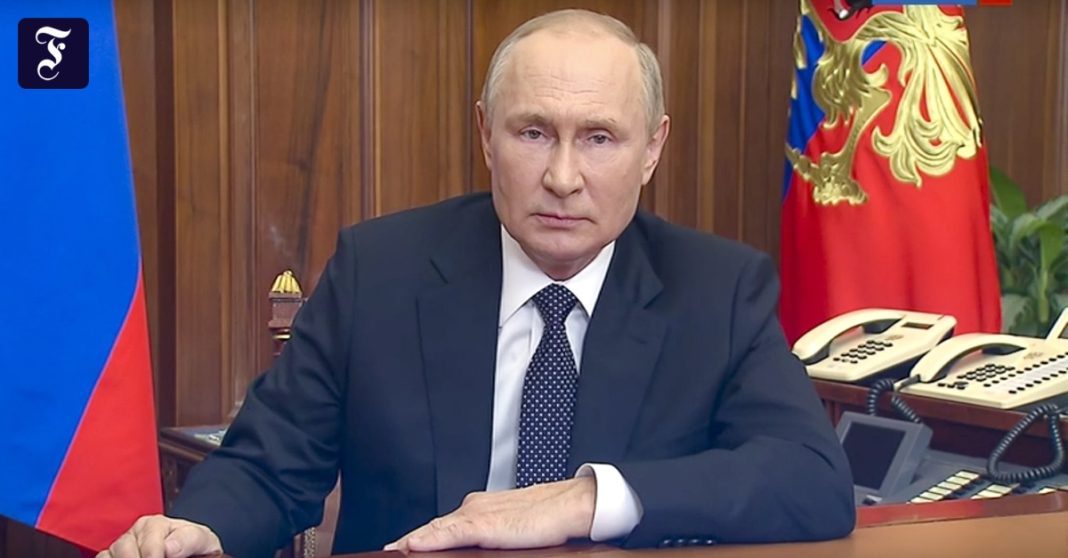 Russian President Vladimir Putin declared a partial military mobilization Wednesday to call up as many as 300,000 reservists in a dramatic bid to reverse setbacks in his war on Ukraine, including Russia’s recent humiliating retreat in the northeastern Kharkiv region.

In a national address broadcast at 9 a.m. Moscow time, Putin lashed out at the West, backed staged referendums being planned as a precursor to annexation of occupied areas of Ukraine, and hinted ominously that he was ready to use nuclear weapons to defend Russian territory — as he defines it.

“In the face of a threat to the territorial integrity of our country, to protect Russia and our people, we will certainly use all the means at our disposal,” Putin warned. “This is not a bluff,” he said, in a clear reference to Russia’s nuclear capabilities.

“I will emphasize this again — with all the means at our disposal,” he added.

Brimming with resentment and anger at the West’s backing of Ukraine, Putin called the war an effort by Western elites to destroy and dismember Russia, directly framing the war as a confrontation between Moscow and NATO countries.

Those comments were reinforced in a separate address by Defense Minister Sergei Shoigu, although Western leaders — including President Biden, French President Emmanuel Macron and German Chancellor Olaf Scholz — urged Putin not to invade and have restricted support for Ukraine to signal that their nations are not directly fighting Russia.

The plans to stage referendums in four occupied regions of eastern Ukraine — Donetsk, Luhansk, Zaporizhzhia and Kherson — from Friday to Tuesday pave the way for their illegal annexation into Russia, a step that will be rejected globally. But they could be used by Russia to claim that Ukraine’s attacks to liberate its own territory amount to attacks on Russia itself.