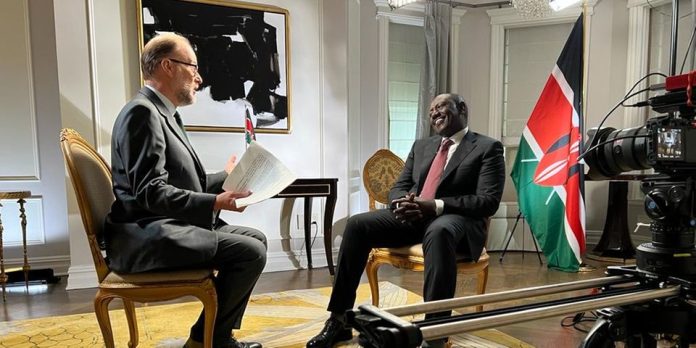 President William Ruto has explained why he allowed his predecessor, Uhuru Kenyatta, to continue leading peace initiatives in Ethiopia and the Democratic Republic of the Congo (DRC), despite receiving no support from him.

In an interview with Al Jazeera, Dr Ruto stated that he chose to rise above the political squabbles between the two.

“I am now Kenya’s President.” I’m now the older brother. It is my responsibility to collaborate with him. I believe it is the correct course of action. Dr. Ruto stated, “I will not allow negative energy to be built around our country.”

“It was a contest.” President Kenyatta had a candidate, but he did not win; instead, I defeated his candidate. This is a democratic procedure. That is now behind us. We now have a country to govern as well as a region to manage. “I also believe President Kenyatta can add value,” he said.

The interview with Al Jazeera’s James Bays, which took place in New York, covered a wide range of topics and put Dr Ruto’s understanding of Kenya’s neighbors to the test.

Dr. Ruto was cautious on a number of global issues, particularly those affecting East African countries. He stated that the maritime border dispute with Somalia will not be a priority, and that peace must come first. The President also refused to ask Ethiopian Prime Minister Abiy Ahmed to resign, refused to associate Rwanda with the M23 rebels in the Democratic Republic of the Congo, and refused to condemn any of the parties involved in the Ukraine conflict.