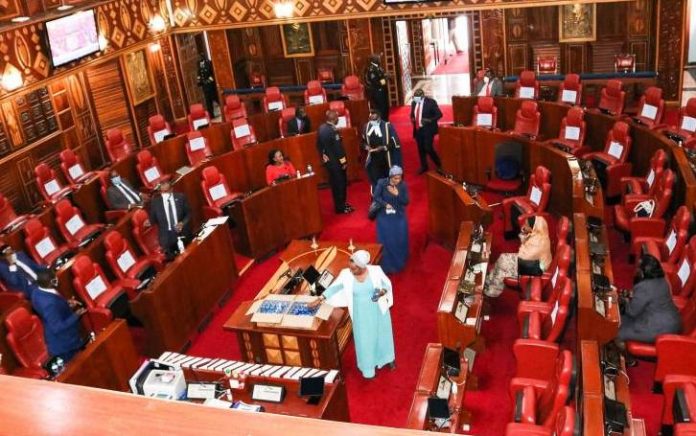 Amendments to the division of revenue bill presented by the Senate Committee on Finance and Budget report.

In the vote that was supported by 25 senators and opposed by 20 others, became the center of several adjournment motions that plagued the report presented by Majority leader Irungu Kang’ata.

During the deliberations, several issues rose as senators argued over how counties would be awarded funds from the national government.

While supporting the amendments, Senator Kithure Kindiki cautioned members against starving counties to benefit others.

“The reason why I support this amendment and not the previous ones is that all the previous proposals were based on the wrong principle. And that principle was, you must remove money from county A to benefit county” Kindiki added.

In the amendments, Linturi proposes a reduction to the equal share from Sh316.5 billion as proposed by Sakaja, to Sh270 billion.

Linturi suggests that other parameters of sharing revenue should apply to the difference of Sh46.5 billion.

Sakaja had suggested that the entire Sh316.5 billion allocated to the 47 counties in the current financial year to be shared equally.

According to Linturi 19 counties will lose Sh1.8 billion down from Sh17 billion contained in the disputed formula proposed by the House Finance committee.