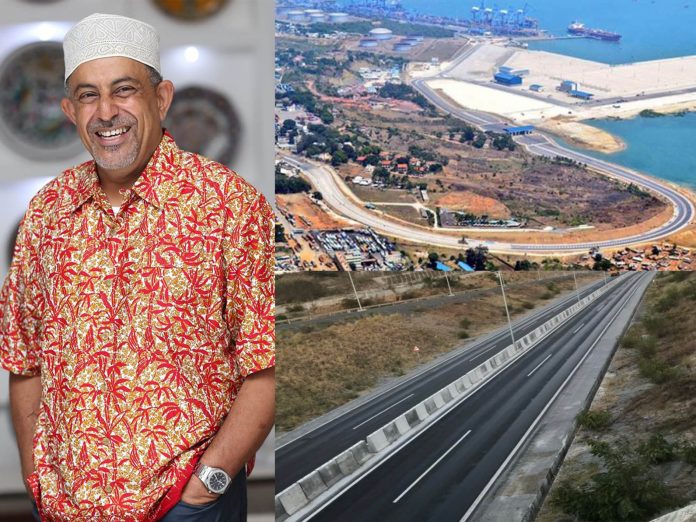 A section of coast leaders have come out in support of the ongoing works at the Dongo Kundu bypass project – By Gerald Gekara.

In a post shared on Facebook, one Suleiman Shahbal narrated how he beckoned the Kenya National Highways Authority (KeNHA) to facilitate the construction of Makupa Roundabout.

“I visited DG of KENHA Mr. Peter Mundinia and raised concerns about the excessive delays in completing the Makupa Roundabout. He assured me that it would be completed within two months. True to his word the labour force was doubled and completed within the two months that he promised. Thank you.” said Shahbal.

Suleiman Shahbal, who vied for the governor’s seat in 2013 and 2017, also praised the (KeNHA) on the current speed of the project.

“Finally, we can see some serious work going on in Dongo Kundu. There is hope. Keep up the good work KENHA.” he concluded.

The International Finance Corporation (IFC) in its ranking, voted Dongo Kundu as the third most promising business opportunity.

Shahbal took a swipe at a section of coast leaders, urging them to see the bigger picture, touting Dongo Kundu SEZ as Coast region’s next economic hub.

“Dongo Kundu Special Economic Zone (SEZ) is the main opportunity available right now. The Mombasa politicians should focus on shouting from the rooftops on this project. This is the Marshall Plan that we need.” concluded Shahbal.

With game-changing infrastructure expected to be used in the Mwache- Mteza bridge that connects Kwale from Mombasa, the Japanese investment is set to change the face of Mombasa County as we know it.