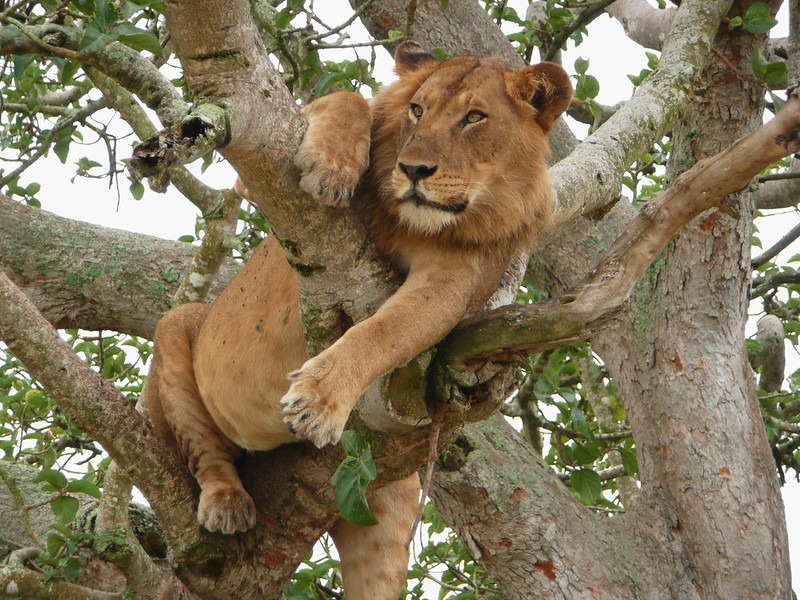 Uganda Wildlife Authority(UWA) are investigating the death of six lions in one of Uganda’s best-known national parks.

According to conservationists, the lion carcasses were found in the Queen Elizabeth National Park in the country’s west with most of their body parts missing.

The Uganda Wildlife Authority (UWA) said it was “saddened” by the death of these particular lions, known for their unusual ability to climb trees in the famous reserve.

An investigation has been launched, with a team at the scene working with local police to determine exactly what happened to the cats, UWA said.

“Given that some of the body parts of the lions are missing, we cannot rule out illegal wildlife trafficking,” UWA’s communications manager Bashir Hangi said in a statement.

Lions are a big target for wildlife trafficking in Uganda.

In April 2018, eleven lions, including eight cubs, were found dead of suspected poisoning. In May 2010, five lions were killed in a similar incident.

The park shares a border with the Democratic Republic of Congo (DRC) and its famous Virunga National Park, a habitat for rare mountain gorillas, where armed groups are believed to operate.