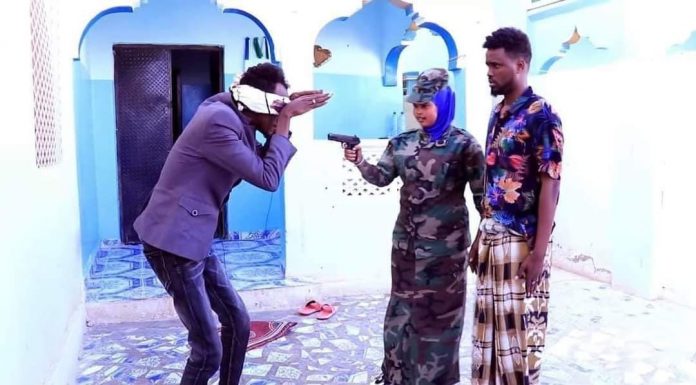 A Somali YouTube sensation was on Wednesday shot dead “accidentally” while rehearsing a comedy on set in Garowe Puntland, a colleague confirmed to media.

The comedian identified as Anisa was shot by her colleague Libah Yare according to Asad Abou Diaby who is a member of the comedy group.

“My friend accidentally shot dead Anisa while we were rehearsing a short comedy video today, ‘May God have mercy on our sister,” Asad said

According to Asad, Anisa died on the spot before she was rushed to the hospital for treatment.

Police in the semi-autonomous region of Puntland arrested the comedian Libah Kabeye and are investigating the incident.