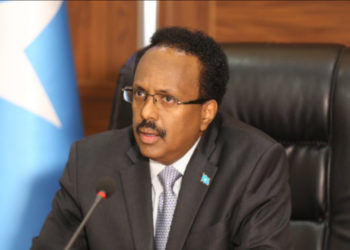 Mohamed Hussein Roble’s appointment came hours after the president and five regional leaders reached agreement on a revised election model after days of talks in Mogadishu and international pressure. The president, who in February signed historic legislation giving ordinary citizens the right to vote in parliamentary elections, conceded to having the indirect elections preferred by regional leaders.

A statement from the president’s office said Roble was directed to form a new transitional government ahead of general elections in the Horn of Africa country.

The new agreement calls for election preparations to begin November 1. Planners would determine dates in 2021 for choosing a parliament, whose members then would select the president, as in 2016. Mohamed, widely known as Farmajo, is expected to seek a second four-year term; his current term ends February 7.

Roble is expected to appear within several days for a confirmation hearing before parliament, whose members’ four-year terms expire December 27. If approved, Roble would have 30 days to pick cabinet members.

Roble, 57, brings a fresh face to the country’s political scene. He is a graduate of Somali National University, where he studied civil engineering. Roble’s representatives told VOA that after Somalia’s civil war broke out in 1991, he fled to Sweden. He has worked for the International Labor Organization, a United Nations agency, in multiple locations including Somalia.

In a short statement posted on social media, Roble said he would work with all Somalis during the transition.

The elections agreement revises a plan reached August 20 by Mohamed and three of five regional leaders. It was rejected by leaders of Puntland and Jubaland.

Regional leaders reportedly worried that registering individual voters would be risky, given insecurity in Somalia, and could prolong incumbents’ terms in office.

According to the new agreement, traditional elders, civil society leaders and regional authorities will select a federal map of 101 delegates from each state, who then will elect representatives to parliament. The plan likely will allow clans to retain more of the power that political parties had hoped to share.

According to the revised agreement, election planning will begin November 1 in two locations in all five states. Representatives in Somaliland, which considers itself a breakaway republic, will be elected in Mogadishu, the capital.

The deal also preserves a quota guaranteeing women 30% of the seats in the parliament’s 275-member lower chamber and 54-member upper chamber.

President Mohamed said he chose Roble to consolidate security ahead of elections, rebuild the armed forces, develop infrastructure and fight corruption, a goal analysts describe as unrealistic given that Roble’s transitional term likely will not extend beyond 143 days, at most.

“The man was appointed in a critical short time when the country is preparing for elections. His major challenges include security,” said Abdirahman Mohamed Tuuryare, former director of Somalia’s National Intelligence and Security Agency. “Al-Shabab, the terrorist group, will intensify attacks in the time of elections to threaten and disrupt the process, as they did in the past.”

“Seen as nonaligned in the Somalia political landscape, he could help pave the way for compromises and consensus” on the election process, Isse said.