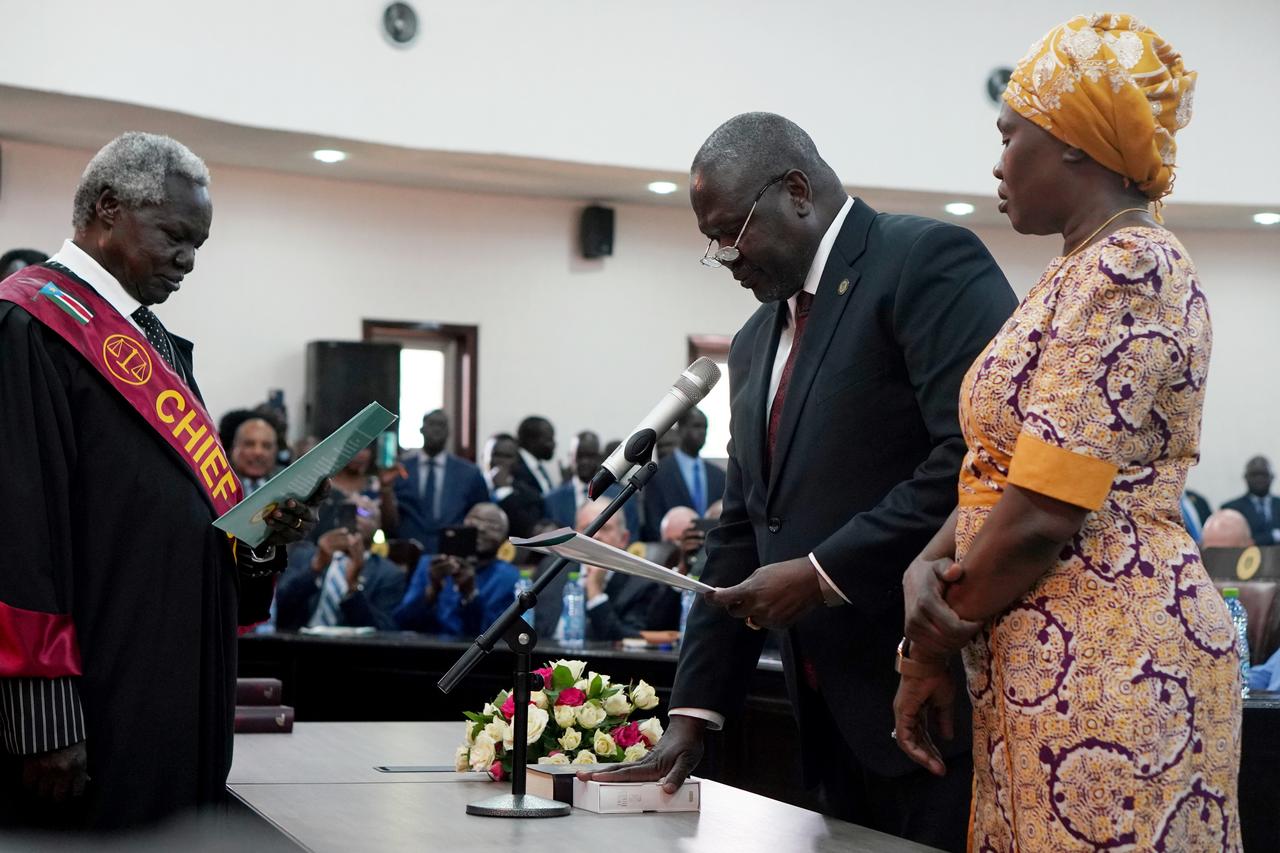 Dr Machar on Monday said that he and his wife, who is also the Defence minister, had contracted the virus after interacting with infected members of the High-Level Taskforce on Covid-19, a team drafted to help fight the pandemic.

A statement from his office said a number of his staffers, including security guards, also contracted the virus, although their names were not immediately published.

“We are still awaiting other tests and hopefully tomorrow we will have the full list (of positive cases among the Taskforce),” Dr Machar told a televised news conference in Juba on Monday. “All our colleagues that have tested positive are in good health.”

He added that he and his wife will quarantine in their home.
“A doctor may be visiting us until they tell us it is time to end the quarantine. All our colleagues will also be self-quarantining,” Dr Machar said.

His spokesperson, James Gatdet Dak, said Dr Machar and Ms Teny are both asymptomatic but “feeling well and healthy.”
South Sudan was the last East African Community member state to report a Covid-19 case when a UN staffer reporting to duty from abroad tested positive in April. The cases have since risen to 290 and four deaths. No recoveries have been reported.

Strained by a seven-year civil war, South Sudan has one of the poorest health systems.
Dr Machar re-joined the government of national unity in February following a peace deal signed in September 2018. His office said he was coming forth to declare his status as part of efforts to counter panic associated with Covid-19.

Officials in his party, the Sudan People’s Liberation Movement-In Opposition, said his coming forward would encourage the public to follow guidelines announced by the Taskforce he chairs and help lower the coronavirus infection rates.