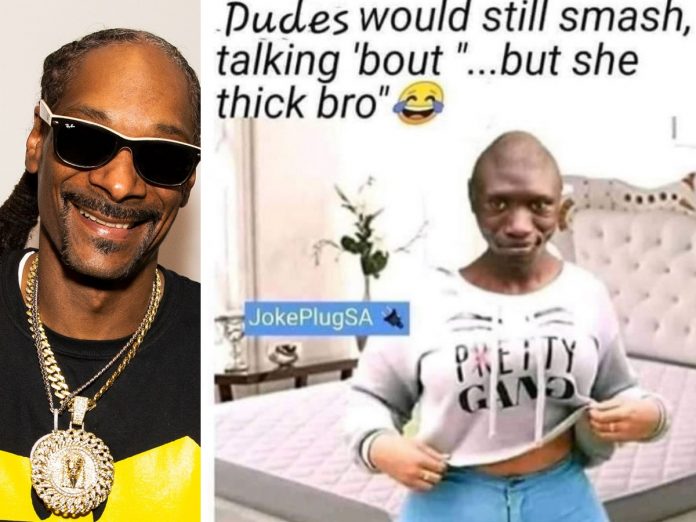 Kibera –based artist Steve Simple Boy has never had it smooth on social media since he became famous, many people have often made fun of him ever since he got to stardom. – By Stephanie Mwangi.

Surprisingly Steve has never been swayed by anything people say or making fun of how he looks or how he dresses.

Recently Steve caught the attention of American rapper Snoop Dog, just like any other social media user we have all come across memes with Steve in it.

In the photos or rather in the meme that snoop shared someone photo shopped Steve’s head and attached it to a female  and the caption read “ dudes would still smash talking about ,but she thick bro.”

Snoop sharing the meme seemed liked a big deal to Steve simple Boy, but it didn’t auger well with everyone and Kenyans flocked his comment section defending Steve and Steve wasn’t bothered at all.

One thing about Steve is that he has proven to be a guy who never holds grudges.