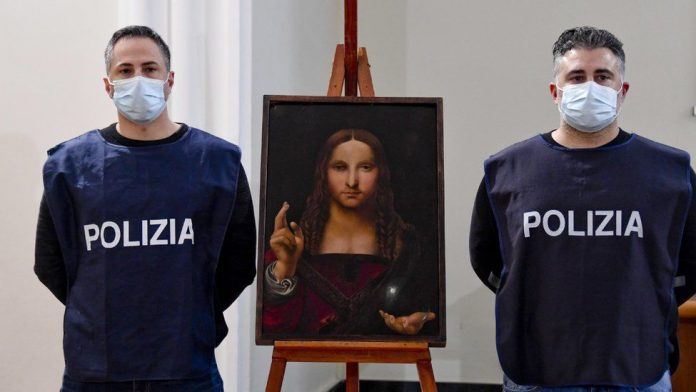 A 500-year-old painting has been discovered in a flat in Italy and returned to a museum – where staff were unaware it had even been stolen.

The copy of Salvator Mundi, which is believed to have been painted by Leonardo da Vinci, was found in a bedroom cupboard in Naples on Saturday.

This copy is thought to have been painted by one of da Vinci’s students.

The 36-year-old owner of the flat was arrested on suspicion of receiving stolen goods, police said.

“The painting was found on Saturday thanks to a brilliant and diligent police operation,” Naples prosecutor Giovanni Melillo told the AFP news agency.

The artwork is usually part of the Doma Museum collection at the San Domenico Maggiore church in the city.

But Mr Melillo said officials were not aware it had been stolen because “the room where the painting is kept has not been open for three months” due to the coronavirus pandemic.