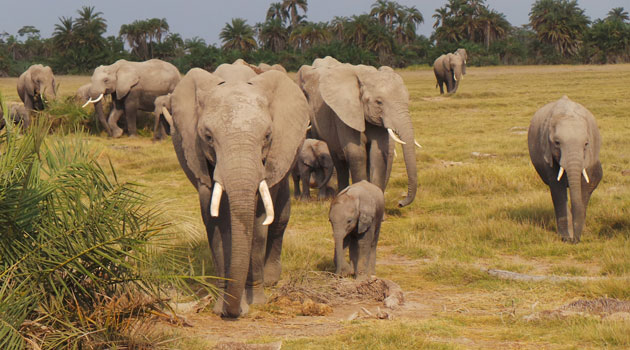 The Convention on International Trade in Endangered Species of Wild Fauna and Flora (CITES) conference in South Africa provides a unique opportunity to make a ban on the ivory trade legally binding. The convention has already rejected a call to legalise the sale of ivory; the next step is a worldwide ban.

The International Union for the Conservation of Nature (IUCN) passed a motion on September 10 to ban all trade in ivory by halting the legal domestic trade that exists in some countries. But its ban is not legally enforceable.

Unlike the IUCN, CITES commands legal powers as most countries have signed and ratified its agreements, so they’re legally obliged to follow its policies. The success of a similar motion during its conference could mean the difference between the continuing existence of African elephants and their current slaughter.

African elephants were first listed as a species of concern by CITES in 1977, with trade permitted only under the proviso of stringent regulation and monitoring. But by 1989, after a decade supposedly “well-regulated” international markets, the African elephant population had dropped by 60%.

Indeed, the population of African elephants has declined by up to 97% in the past century. Every year, around 30,000 elephants are slaughtered for their tusks, and this may drive African elephants to extinct within the next decade.

Even this trend masks a more serious decline. Despite strong scientific evidence that African elephants are two unique species that diverged from each other millions of years ago, vested interests aiming to maintain the ivory trade only acknowledge one species. This strengthens their argument that populations are high enough to withstand slaughter for ivory harvesting.

Illegal poaching is the main driver of population decline for both species.

Regulating the ivory trade is hard because of the difficulty in differentiating ivory obtained before the 1989 ban and illegal, post-1989 ivory. It’s currently impossible to assess the age of ivory, so many countries have created certification systems.

A lack of rigorous checking, along with the creation of false certification, allows dealers to sell new ivory using certificates created for ivory taken before the ban. And even the best technologies fail to provide a mechanism to trace or register individual tusks.

The picture is further complicated by the CITES-approved sale of stockpiles of 49 tonnes of seized ivory in 1997 to Japan. The sale was justified as providing funding for conservation but it legitimised trade and stoked demand to such a degree that it could not be met through legal sources. It’s thought to have driven further poaching, and increased smuggling by as much as 71%.

Another sale of stockpiled ivory to Japan and China in 2008 created a system where the mechanisms implemented to regulate released ivory allowed certificates to be falsely reused to launder illegal stock and create a limitless supply of ivory for sale.

With each sale, there have been guarantees of effective regulation, but each release has instead driven an increase in poaching and illegal trade. And despite repeated attempts to effectively regulate the ivory trade, each sale has stoked demand and driven laundering.

In the early 2000s, pressure from the governments of Zimbabwe, Namibia and South Africa – the same countries that sought the reintroduction of the ivory trade at the current conference – saw African elephants downlisted by CITES in these countries to allow limited trade, provided the ivory was registered and closely monitored, and that elephant populations within those countries remained stable.

But these countries provide a conduit for trade globally, and drive poaching across the native African elephant range states. Forensic testing proves that ivory sold in these countries frequently originates elsewhere, where it must have been poached illegally.

In China, the encouragement of the ivory trade as “cultural heritage” in 2002 and releases of “controlled volumes” of ivory led to a more than 170% increase in its value, and 59.6% of “legality-certificates” were used to launder illegal stock.

This boom in ivory prices lasted from 2009 until the ban announced by Chinese President Jinping Xi in September 2015. Since then, the value of ivory in China has halved.

Japan currently has the largest “legal” ivory market globally, including 7,570 registered dealers, 537 wholesalers, and 293 manufacturers. But irrefutable evidence shows increasing levels of laundering within the trade in Japan, thanks to an ineffective regulation system that allows anyone to decide on the legality of their ivory.

Sales in Japan are thought to have almost quadrupled from the equivalent of US$2 million in 2010, to US$7 million in 2014. It’s not feasible for this volume of ivory to have been legally registered.

Online markets for ivory have been targeted within China, and internationally by retailers including eBay, Taobao and Alibaba, but Japan has made no effort to do the same, despite repeated calls from non-governmental organisations, scientists and other governments.

Legalising any form of trade has been shown to drive illegal trade. It’s impossible to produce enough ivory legally to meet demand.

The United States, France, and China have all recognised the impossibility of regulating the trade, and banned sales of domestic ivory. There is support for a global ban across a range states. And by NGOs aiming to implement the “African Elephant Action Plan”, which provides a strategy to sustainably manage and conserve African elephant populations.

Support for a global ban has come from the public burning of ivory stockpiles in more than 21 countries to date. These burnings, such as the 105-ton ivory and rhino horn stockpile burning in Kenya in April, show that elephants are worth more than just their ivory, and that any ivory trade represents a threat to their survival.

The IUCN has set a precedent through its call to ban the domestic ivory trade, but the critical next step is the decision to be made at the CITES conference in Johannesburg. If the conference passes the motion to ban the sale of ivory for good, it might just manage to stop the massacre of African elephants that the trade inevitably allows.