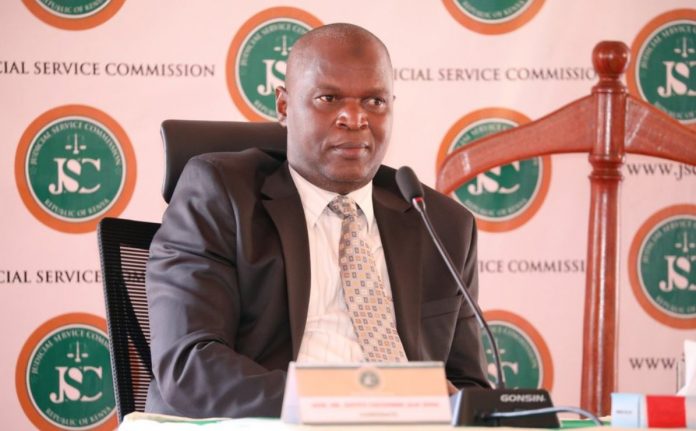 The exercise had nine contenders shortlisted, but only seven would be interviewed after Justice Martha Koome was chosen as the Chief Justice nominee and Judge Kathurima M’inoti withdrew his candidacy.

Justice Chitembwe Said Juma is the first to meet the panel.

Chitembwe has served as a High Court Judge in Kakamega, Malindi, Migori, and Marsabit throughout his career in the judiciary.

Chitembwe, 54, is reportedly assigned to the Milimani law courts’ civil division of the high court.

On the same day, 61-year-old Employment and Labour Relations Court Judge Marete Njagi will defend some of the employment cases he has handled in his bid for a Supreme Court judgeship.