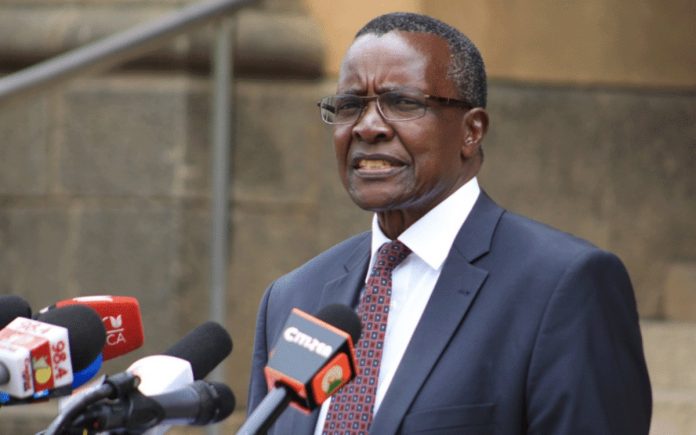 Mr Odhiambo based his case on the recent spat against President Uhuru Kenyatta, in which he said, Maraga had violated the Constitution without tabling evidence.

He went on to argue that Justice Maraga violated guidelines that require judges to avoid situations that could force them to disqualify themselves from cases, thereby providing sufficient ground for his removal.

“It is elaborate that the honourable Justice Maraga by his conduct has not only breached the code of conduct prescribed for judges of the superior courts by an Act of Parliament but is also guilty of gross misconduct and misbehaviour,” Mr Odhiambo says.

“In light of the foregoing, I hereby petition this honourable commission to find that there are sufficient grounds for removal of honourable Maraga from the office of the Chief Justice and President of the Supreme Court of Kenya and to therefore send this petition to His Excellency the President of the Republic of Kenya for his further action as required under Article of the Constitution.”

Attorney General Paul Kihara who weighed in the matter, lamented the strained relations between the two arms of the government-which he claims were orchestrated by Maraga, saying it painted a false picture of the coexistence currently in place.

“Such respect and deference is seriously undermined when the Honourable the Chief Justice engages in frequent vitriolic attacks on His Excellency the President and the Executive, especially where the attacks are based on misrepresentations, distortions and half-truths: all lumped together.”