..
Home National County Rivers Dry Up In Taita Due To Sand Harvesting 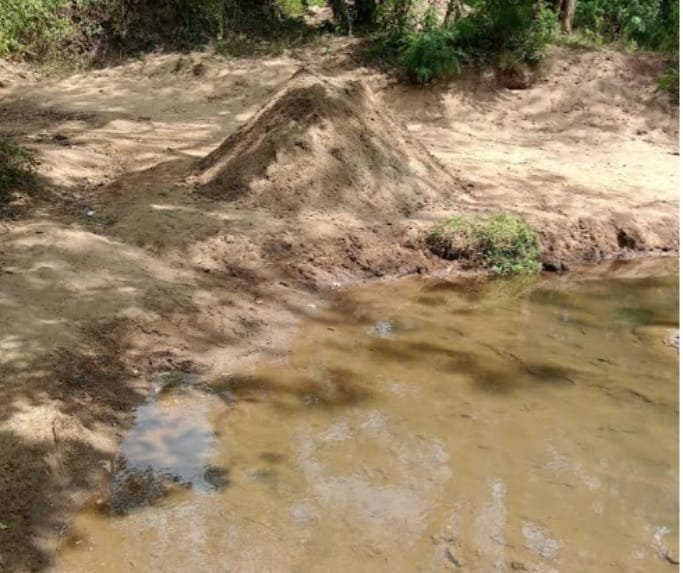 If tens of once-permanent dry rivers were lined up as witnesses before an environmental court of law, illegal sand harvesting in Taita Taveta would be pushing nature to its breaking point.

For the likes of Peter Mwakera, John Maghua, and Samson Kitawi- a youthful trio in their early twenties- sand harvesting has been the only income-generating activity they have known since their childhood.

“We’ve been collecting sand from local rivers since we could hold a shovel steady.” “We grew into it, and after secondary school, we went deep into it as our sole source of income,” Mwakera, the oldest of the three, says as they shovel sand into an awaiting lorry.

The trio, oblivious to the environmental consequences of their actions, has no plans to engage in any other economic activity as long as the rivers continue to provide sand.

However, their future is in jeopardy as the once-permanent rivers that burst their banks with torrents are gradually transforming into trickles of water streams that may dry up once the dry season arrives.

“It is true that we have comprehensive legislation to protect and manage natural resources, including sand. However, the threat of illegal sand harvesting is out of control, as perpetrators have devised dirty tactics to undermine our good intentions,” said Abraham Juma, chairperson of the Taita Taveta County Assembly’s Environment, Natural Resources, Forestry, and Mining Committee.

Illegal sand harvesters descend on river banks late at night and scoop the sand, shoveling it into waiting trucks with revving engines. They begin at midnight and finish by 5 a.m. River beds exposed to the unforgiving daylight heat are the only traces left.

Tens of rivers in the county have now dried up, with the exception of a few with insufficient water to last the drought season.

To avert an impending environmental disaster in a county where water scarcity is a problem, the county government has joined forces with National Government officers, relevant ministries, and agencies to educate the public about the importance of environmental conservation.

Part of that public education has been on the impact of illegal sand harvesting on river banks and encouraging the public to abide by the regulations stipulated in the county’s environmental protection and resource management regulations.

“We’re collaborating with the national government through its officers, ministries, agencies, and non-governmental organizations to spread the awareness of environmental protection and conservation. We hope for a behavioral and attitude change if we are to reverse the far-reaching effects of climate change and wanton destruction of the environment,” said Edith Kalo, National Environmental Management Act (NEMA) official based at Mwatate.