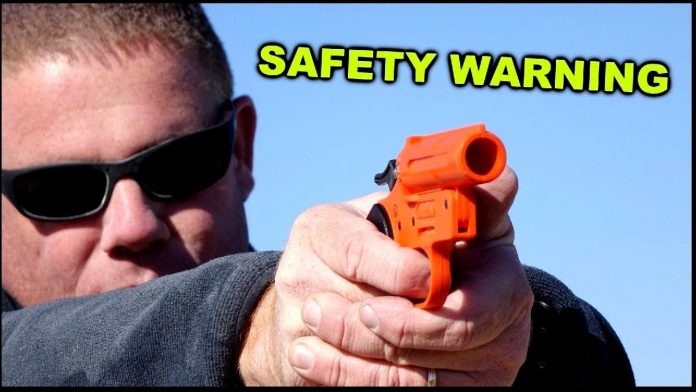 A Caldwell County teenager is in critical condition and another teen is facing charges after an unusual shooting involving a flare gun.

Deputies said a 15-year-old boy named Braden is recovering after 18-year-old Timothy Sanders fired a flare gun into his mouth in Lenoir.

Lenoir- family members of a 15-year old boy just shared this photo after he was shot in the mouth with a flare gun.

Details on the other teen who has been arrested and what family members of the 15-year old are doing to help his parents today at noon and five on channel 9.

February 1, 2021 According to deputies, Braden’s injuries are so serious that they can’t even talk with him to find out more about what happened.

His family said he’s only been able to scratch out one word — the name of his sister — who he is close to.

Family members have placed “Bradenstrong” stickers on their cars as the boy recovers at UNC Chapel Hill, where he has undergone several surgeries.

Timothy Sanders Reporter Dave Faherty spoke with Braden’s grandmother, Pamela Poole, who said she can’t even visit him in the hospital because of the pandemic.

“We don’t know what happened but we would really like to know. ” Investigators told Channel 9 the two teenagers know each other and detectives are working to determine the motive behind the shooting.

He said he didn’t want to talk about what happened and not to call him again.