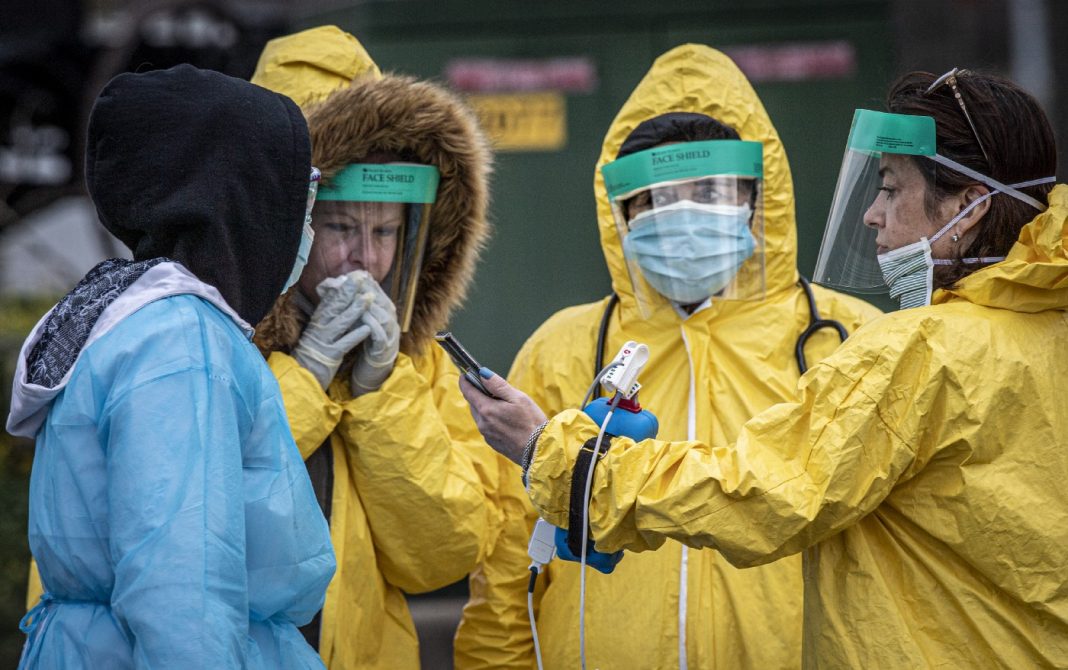 Today I spent the morning with the leading scientists, diagnostic experts, Department of Homeland Security specialists, and risk assessors. This afternoon on the Senate bill. And just now with the Minnesota Timberwolves organization dealing with a scary situation.

Bad news first. Half the world’s cases are now in the US, Spain, and Italy. Soon half the cases will be in the US. And then more. Right now, our trajectory looks worse than other countries. And our survival rate projections are concerning. More could die from lack of access to a bed, or a nurse, or a ventilator, than necessary. The shelter in place restrictions make absolute sense. They are working in New York. I know they are hard. And feel hopeless. But they aren’t.

The scientists are gloomy. They generally don’t like any solution or recommendation other than complete lock down, testing (which we don’t have), and strict controls. They are pessimists or realists or some kind of “ists”. Almost every other suggestion is met with why it doesn’t work. DHS and risk and security people are all about probability, odds, actions, and nimble protocols. They know there’s no perfect answers. I relate more to this group, which is why I need the scientists and their wisdom. The combination was powerful together.

What I’m trying to carve out is a path forward that’s better than the Easter Sunday Massacre. There are receptive audiences to this that are close to the President. So that’s one purpose. But my commitment is that I will publish it too. Likely in the USA Today.

One of the key ingredients to getting the country moving again is a test to see who has he antibodies to Covid-19. England announced millions of those would be available. And I got encouraging news that they would soon be available in the US. It’s a blood test. I was expecting it would take months. Now I think weeks. Hallelujah.

Some experts think many more people have had mild versions of this than even knew. I hope so. Some governors are telling me they’re hearing that half the state may have been infected before they could act.

Another ingredient is the ability to test more than our front line workforce. I wrote about testing last night. We need a testing czar! I know that sounds strange, but here’s why. Everyone is fighting over supplies. The federal government needs to decide which tests are best and get supplies to them. This is not the time to hew to free-market principles! Don’t give everyone scraps. And too many small companies with innovative tests are telling me they can’t produce without knowing someone can pay for it. The a federal government needs to backstop orders.

I didn’t get everything I wanted. But got some. Most importantly we are pushing to recognize and care for front line health care workers. They are caring for our families. We need to care for them. The bill is not done-done until the President signs it.

There’s good things you will see — unemployment insurance that gives even more of a boost to low wage workers (Republican’s are still fighting this), state payments, and it is indeed fast acting. But nothing to expand health care coverage and even a small increase in SNAP was blocked. And states need more money.

I’m a Democrat, and others with different political views might see it differently. And as long as I’m being a little partisan, there’s a provision which even allows people to be kicked off of Medicaid even as states are given more Medicaid money. I’m sure Republicans have their gripes too. In fact several were expressed loudly to me. Word is this will pass speedily in the House tomorrow but there are still a few moving pieces. And we have a mercurial President.

I want to close on a preparatory note. Some hospitals have run out of ventilators. Several that I know are discussing their ethical standards for what to do about patients they can’t put on a ventilator. I never thought we would be here as a country.

Here in Minnesota, many of our favorite players is Karl-Anthony Towns. He’s 24 and an incredible young man. I had a chance to be on a call tonight with he and his dad and the Timberwolves organization. I will let you listen to Karl’s story since he shared it.

The leadership of that team are providing incredible support and knowledge. Karl is going to get his mom back and the message he sent out needs to be heard. #StayHome. (And they’re going to win a championship.)

I’m thinking of everyone in any kind of pain. Let’s get through this.