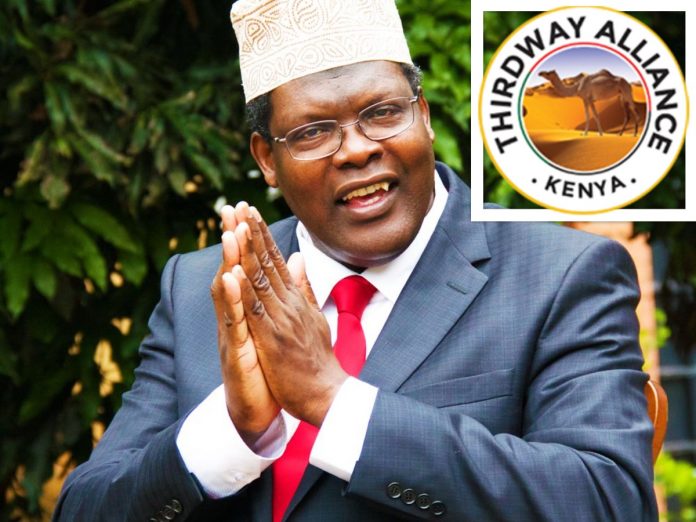 The controversial lawyer who has been a fierce critic of ‘despots’ Uhuru Kenyatta and ‘conman’ Raila Odinga, as he commonly refers to them, said his campaign team will lead the process before his arrival to the country.

He however cautioned the two party leaders against fielding a candidate for the by-elections.

“To Jubilee and ODM goats: Unless you (existential threats to Kenya) form a COALITION, you cannot field candidates for the Nairobi Gubernatorial seat or any other public office together. A shark cannot give birth to a hyena even though both are PREDATORS.” He tweeted.

This will set the stage for fierce campaigns since Miguna does not auger well with any of the top political figures in the country.

His constant attacks against politicians may attract him little support of the elites. He however believes many will vote for him because of “the fatigue that the government has brought on them.”

“Kenyan thieves, looters and cartels are often very mediocre and callous but they are loyal to each other and are united in their evil goals. To defeat them and TRIUMPH, revolutionaries and freedom fighters must be UNITED and FOCUSED in their FIGHT FOR JUSTICE.” he said.

Being the deadline for presenting the IEBC nomination papers, many candidates are set to be confirmed for the race to replace ousted governor Mike Sonko.

The elections body has already scheduled elections on 18 February, despite a suit filed by Mike Sonko, seeking to stop his ouster.

The former governor was impeached by members of the county assembly, who cited several charges of abuse of office, and inability to run the county operations.

Currently, speaker Benson Mutura is serving as acting governor for 60 days since Nairobi did not have a deputy governor.