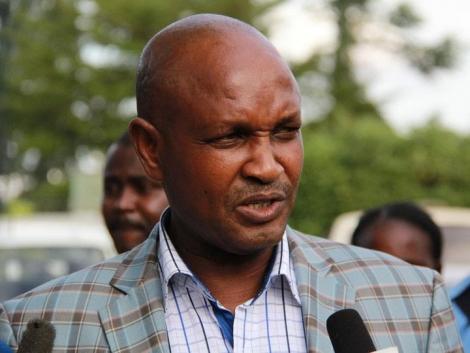 The late Gideon Mwiti is no stranger in Kenya’s political history.

The late Imenti Central legislator was writhed with financial and social mishaps that cost him his vast wealth.

Gideon Mwiti’s multi-million-dollar estate was on the verge of being seized by the High Court after the legislator racked up a Ksh6.1 million debt.

According to a report published by the Standard on Tuesday, May 27, 2020, former Imenti Central MP Gideon Mwiti is also facing the possibility of being declared bankrupt after his estate was entrusted to a local bank.

He was forced to send a list of his estate to the bank, which included the economic valuation of all of his investments, assets, obligations, and interests, and a receiver-manager was then assigned to oversee it.

The manager has the option of running the institution or selling it to pay off the debtors.

Mwiti was the CEO of Akiba Microfinance, which was shut down by the Central Bank of Kenya (CBK) when it was discovered to be running a pyramid scheme.

The company targeted borrowers who did not wish to be subjected to rigours of the Banking Act.

In 2005, the company went bankrupt with 6,000 members’ funds. He was sued by a local bank for a loan he made to finance the firm the same year.

In 2008, he was ordered to settle the debts, and in 2015, he was issued with a petition. He, on the other hand, skipped court appearances.

In the same year, the lawmaker was arrested for allegedly raping a married woman on 21 March 2015 at a club in Westlands.

The communications expert claimed she went to meet Mr Mwiti at his office to discuss business things. She worked for one of Mr Mwiti’s businesses, the Kenya Land Sacco.

The meeting, which was supposed to start at 2 p.m., was postponed until 8 p.m. because the MP apparently had another meeting with a Meru delegation.

She was apparently introduced to a doctor when the conference began, which she didn’t think was suspicious until she was requested to take an HIV test.

Mwiti had since denied the allegations. He will be remembered for being a Uniting factor for the Uhuru-Raila dialogue.

He famously remarked ghat the stability of the country will only be possible if Raila and the President would work together.