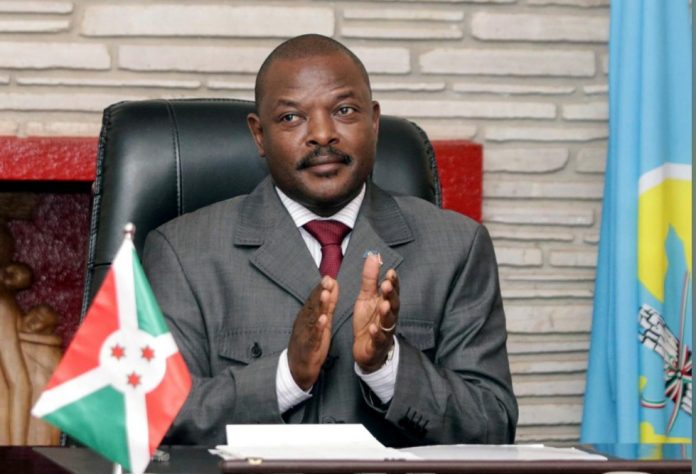 IN HONOUR OF THE LIFE of His Excellency the Late President Pierre Nkurunziza; and as a mark of the immense respect and esteem he was held in by the People of East Africa, Africa, and the entire World; and in recognition of his enormous contributions to advancing integration and prosperity of the East African Community (EAC); and in solidarity with our Brothers and Sisters in the Republic of Burundi, the wider EAC and the whole of Africa who are in deep mourning at the loss of a Great Son of Africa:

I, UHURU KENYATTA, under the authority vested in me as the President of the Republic of Kenya, do hereby ORDER and DIRECT: –

THAT in memory of the Late President Pierre Nkurunziza, and in solemn solidarity and mourning; the Flag of the East African Community and the Flag of the Republic of Kenya shall be flown at half-mast at all Public Buildings and Public Grounds and wherever else throughout the entire territory of the Republic of Kenya and at all of Kenya’s Diplomatic Missions abroad; from dawn on Saturday, 13th June, 2020 until sunset on the day of his interment.

MAY THE LATE PRESIDENT PIERRE NKURUNZIZA