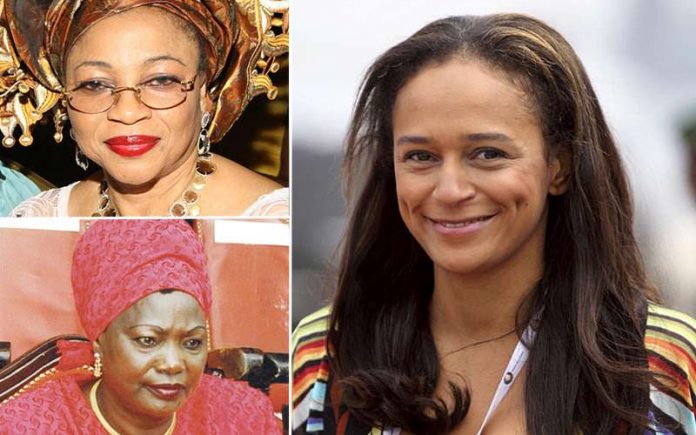 BY FAITH MUTETE – Times have changed! African women are taking up different roles in the society. Each day is a new day where we get to experience great and big things done by women of different races all over the world.

Born in July 1951 she is a Nigerian billionaire businesswoman with an estimated net worth of $2.1 billion. She is involved in the fashion industry, oil and printing industries and is the managing director of the rose of Sharon Prints & Promotions Limited.

She is also listed as the second most influential women in Africa after Ngozi Okonjo and the eighty seventh most powerful women in the world by Forbes. As for her personal life, she is married to a lawyer and has been blessed with four sons and grandchildren. Folorunsho is also involved in philanthropic activities which involve a foundation called the Rose of Sharon that helps widows and orphans by offering them scholarships. She also sponsors medical and engineering scholarship schemes in Nigeria

The 46-year-old is the daughter of the former Angolan president Jose Eduardo Dos Santos is nicknamed the princess of Angola. She was the head of Sonangol Angola’s state oil firm and during that time she managed to end up with stakes in Angolan companies including banks and a telecom firm. She now owns shares of Portuguese companies including telecom and cable TV firm Nos SGPS.

Isabel has an estimated net worth of $2 billion and besides Unitel her business interest includes media, retail, finance and energy.

She is the widow of the Kenya’s first president, Mzee Jomo Kenyatta and the first  lady Kenya has had and though now not in the lime light she has been able to attain undeniable wealth over the years. Her family has investments in hospitality, real estate banking, education, banking, and manufacturing.

Despite her wealth and power Mama Ngina has also been able to be an effective mother and incredible wife to the former president who is a woman of few words and rare in the public eyes but when she shows up you cannot fail but notice her incredible sense of style.

She is a south African self-made wealthy power house who started out as a teacher in Soweto, where she taught night school but over the years Wendy and her husband own Ackerman family trust which owns 50%of pick n pay.

She has deeply been involved in driving change and promoting education in south Africa particularly in providing access to education to the needy and underprivileged in the society. She is a trustee of Ackerman Family Educational Trust which assists students in South Africa with bursaries and PICK N PAY bursary fund which provides education assistance to the employees in the company. Her great work in philanthropy is a great motivation to future female leaders that you can still be rich and bring positive change to the world.