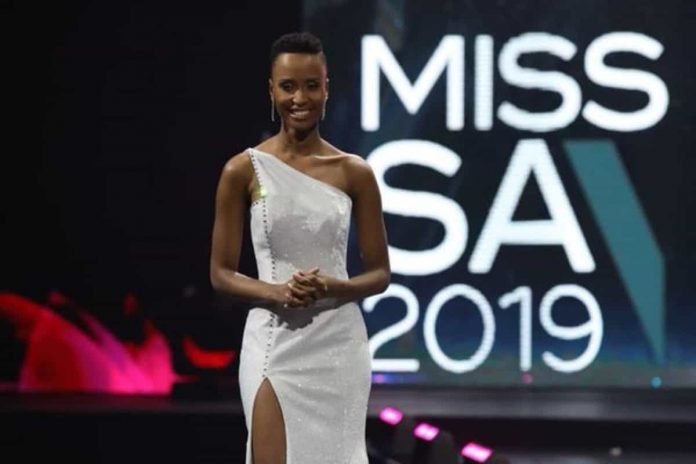 South Africa has taken the Miss Universe contest to a whole new level as South A African beauty queen Zozibini Tunzi has decided to represent her country under a theme tagged The Wave of Love.

She has requested South African men to pledge a message of love on www.heforshe.org where she will use the messages sent to make the gown that she will contest with.

She is doing this as part of a campaign against gender-based violence against women, especially in South Africa which has seen women suffer for the past years.

She is involved in the United Nation’s He-for-She campaign – which she says is urging men to stand up for women to stand up against gender-based violence.

The beauty queen through an Instagram post also encouraged men aside from the messages that would be put in her dress to take it up into social media and post positive messages for women all over the world.