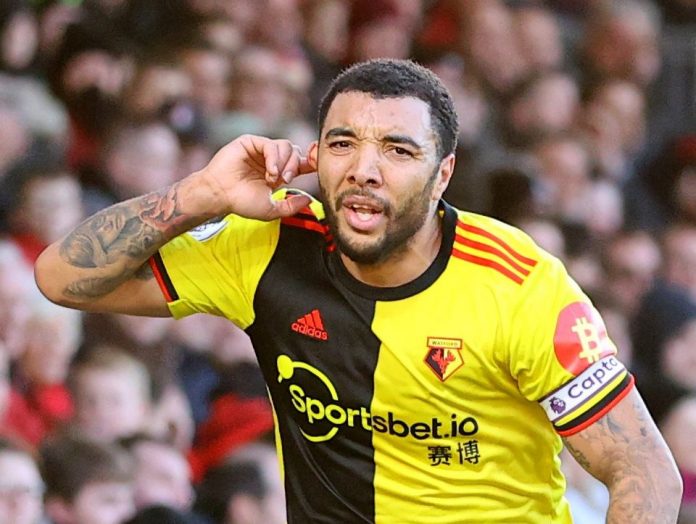 According to a report from the Daily Mail, Tottenham Hotspur are among a number of clubs currently ‘monitoring’ Watford striker Troy Deeney – but West Brom have reportedly opened talks to sign the forward with negotiations underway.

Spurs boss Jose Mourinho is reportedly in the market for an alternative striker to Harry Kane, having also been linked to Bournemouth forwards Josh King and Callum Wilson, with Deeney now emerging as a potential option.

Indeed, as per the Mail, Tottenham are keeping tabs on the Hornets captain after their relegation to the Championship last season, with Watford allegedly ‘open’ to selling their talisman in an effort to balance the books.

Having scored 47 Premier League goals since the 15/16 campaign and an overall 152 since the beginning of his professional career (Transfermarkt), it’s little wonder why Spurs now see Deeney as a forward who could provide strength in depth.

Since veteran Fernando Llorente departed north London last season, Tottenham have been left with a lack of natural centre forwards bar Kane, and it appears that has prompted the club to reignite their interest in Deeney who was targeted all the way back in 2016 according to a past report from the Sun.

Indeed, former boss Mauricio Pochettino allegedly saw the 32-year-old as a would-be coup, but a piece from the Chronicle claims that he is currently earning £100,000-per-week – which, theoretically, would make Deeney the joint-fourth highest paid player in the squad (spotrac).

It’s debatably unlikely Spurs would be willing to shell out those wages, even despite his ‘brilliant‘ contributions for Watford, but whether or not the club try and beat WBA to his signature remains to be seen.