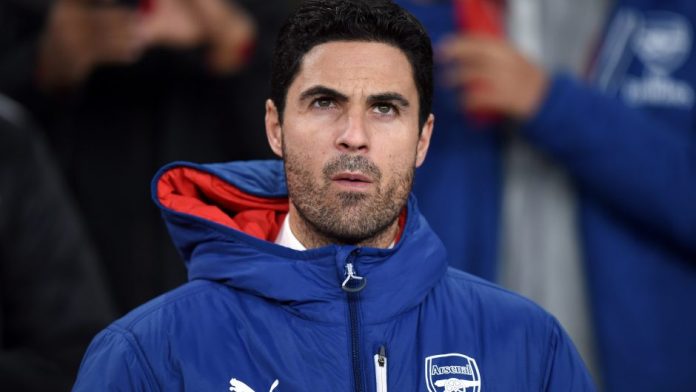 Arsenal boss Mikel Arteta said “a beautiful game was destroyed” as his side suffered a damaging blow in their top-four hopes with a north London derby defeat at Tottenham.

Spurs won 3-0 to move within a point of their rivals with two games remaining.

Tottenham’s opener came from the penalty spot before Arsenal had Rob Holding sent off.

“If I say what I think I am suspended for six months,” said Arteta when asked about the officiating.

“I am not unhappy with my players. I am proud of my players. I want the referee to come in front of the camera and explain his decisions. It’s a shame because such a beautiful game was destroyed.

“The decision was made. We can’t change it. The referee has to make a decision in football.”

Tottenham manager Antonio Conte declined to add his opinion on the decisions but didn’t hold back on his opposite number.

“He has to continue to work because he’s a very good [coach]. To hear someone complain all the time is not so good.

“At Liverpool [on Saturday] do you hear me complain about Fabinho and all the fouls? No. He can take my advice if he wants, but if not I don’t care.

“I listen and he complains a lot. I think that he has to be more focused on his team and not to complain because he has just started his work. He has to be calm and try to continue to work. To listen to a coach complain a lot of the time is not good.”