Troubled property and real estate group Suraya, have announced that the firm has recieved a 1.6B bail out from local banks to finish its incomplete projects.

The company CEOs who happen to be spouses too, Peter Muraya and Sue Muraya, said that the funds recieved will be used to complete pending projects, such as Lync Royal, which have been stalled for 5 Years.

National Bank has also chipped in to save Lynx project (Ngong Road) for Sh 600 million to complete apartments.

The much radioed Encasa at Mlolongo that consists of 625 apartments,  has been injected an additional Sh 130 million from Co-operative Bank of Kenya.

The same property is ironically listed for auction if an advertisement doing rounds on social media is anything to go by. 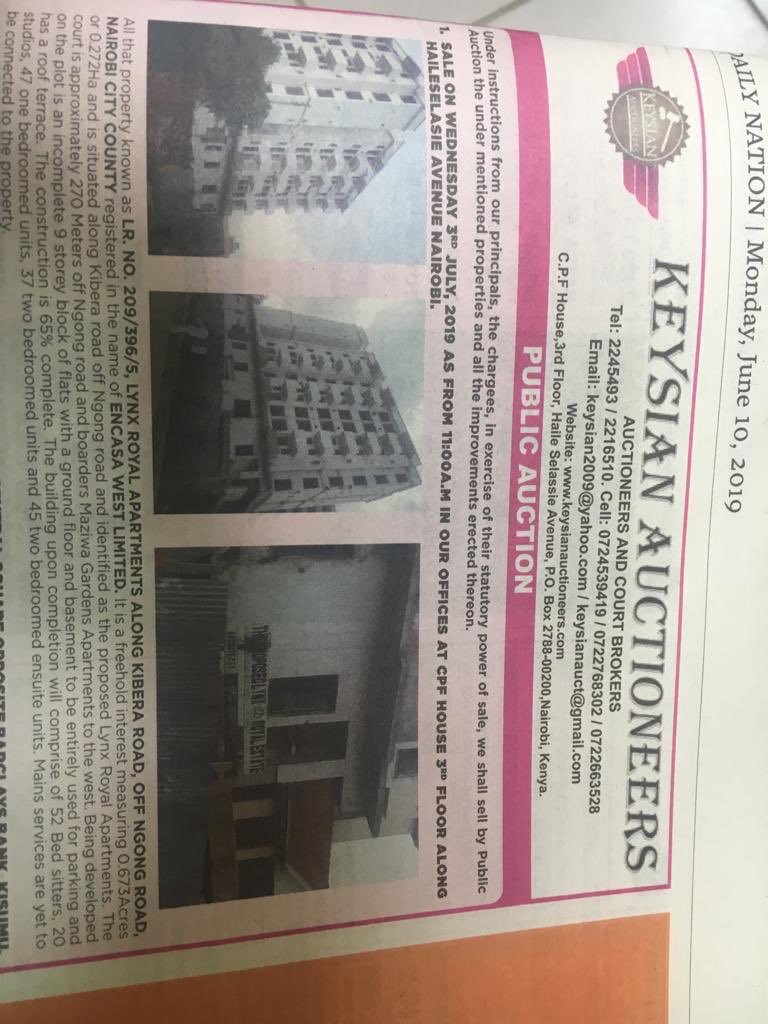 However on Monday 10th June, investors took to the Directorate of Criminal Investigations to record statements against the Suraya, claiming that they were conned into buying property that was never there.

According to one Mrs. Gathoni Gatabaki, the 105 acre plot that Suraya Properties sold to investors is not up for sale and that they used fake title deeds to swindle unsuspecting Kenyans.

The Gatabaki family hired a private investigator who established that the couple acquired fake documents to the 105 acre piece of land.

The property sector is suffering from lack of sufficient and stringent measures to curb fraud. With the current spark in cases relating to fraudulent off plan buying, many Kenyans may shy away from purchasing property.

Genuine Property investors are calling for strict regulations in the property market to protect it from crumbling.