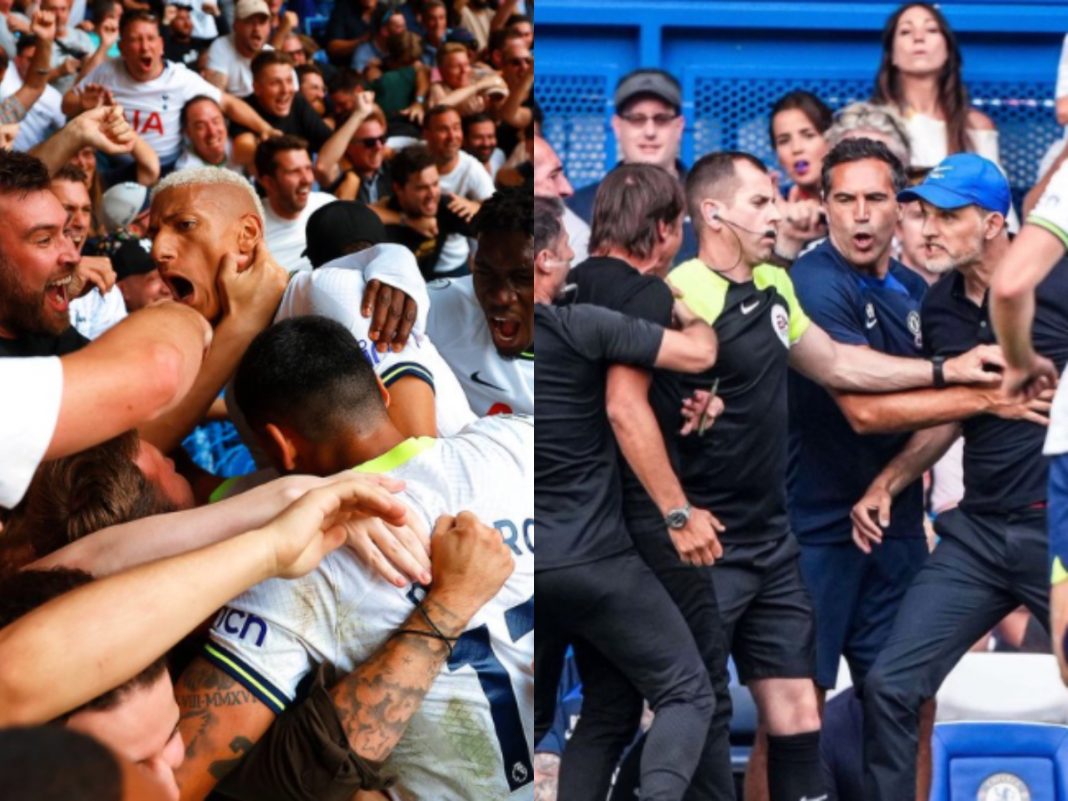 The two were then handed red cards after the ugly spat.

Chelsea were furious that referee Anthony Taylor had failed to penalise Rodrigo Bentancur for a challenge on Kai Havertz.

This led to face-to-face fury between the two managers which ended with both Chelsea boss Tuchel and Spurs counterpart Conte receiving yellow cards.

Once order had been restored, Chelsea were back in front as James scored from Raheem Sterling’s pass, the fired up Tuchel celebrating by sprinting past Conte along the touch in elation.

Chelsea thought they had made it six points from two games until Kane headed in Ivan Perisic’s corner.

Once the final whistle blew, a handshake between Tuchel and Conte developed into another bust-up between the pair which ended with them both getting their marching orders.

The scenes between the two managers were part of the drama and demonstrated the intensity of the emotions, but Tuchel and Conte should anticipate hearing from the law enforcement.

Koulibaly and Cucurella combined for one goal, and Sterling set up James, so Chelsea’s summer additions made their contributions. However, at the final whistle, it was clear which manager was the most content.