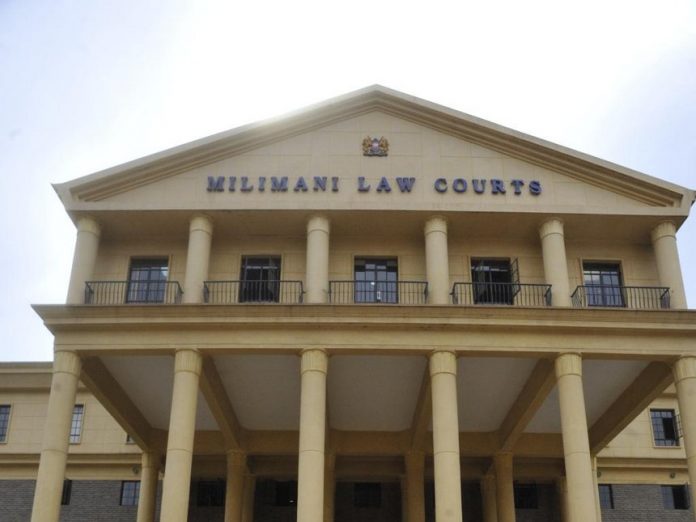 BY PRUDENCE WANZA – Two men have been charged with intent to defraud GIDJOY investments limited land worth over 944 million.

Peter Gitau Muiruri and Peter Njoroge Kanika are accused of making a false allotment letter of the said land measuring 11.8acres located at Donholm purporting it to be genuine signed by P. Amiani, a land administration officer.

The two are alleged to have committed the offense on unknown dates jointly with others not before court.
The two are also facing a charge of making a false lease document and forging the title deed for the said land purporting it to be genuine lease signed by Rosemary Anyango Ngong’a, a land registrar.

The two denied the charges before Chief Magistrate Martha Mutuku.
They were released on a bond of Sh.2 million or an alternative cash bail of Sh.1 million.