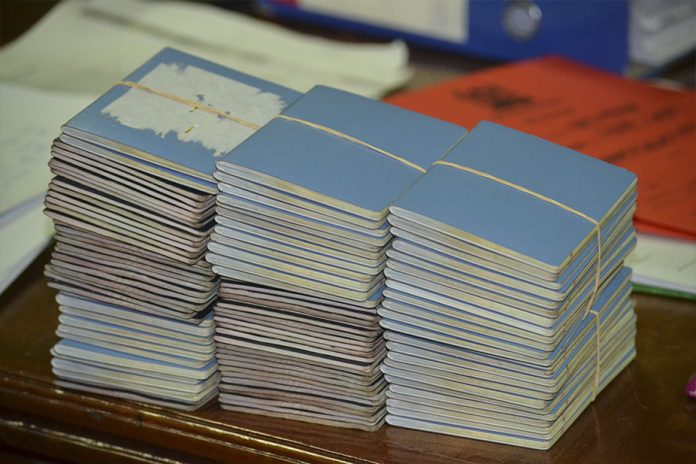 BY PRUDENCE WANZA – Two people have been arraigned in court for allegedly being in possession  of approximately 92 passports which they could not give a proper account on how they came to possess them.
The two were arrested on 29th April, 2019 at Evergreen Mall along Naivasha road where they were found in possession the passports.
The accused persons, appeared before Senior Principal Magistrate, Kennedy Cheruiyot at the Milimani Law Courts where they pleaded not guilty to the charges.

However the prosecution opposed their release on bail or bond and to consider the seriousness of offense citing that each count attracts maximum fine of 5M or custodial sentence of five years or a Jail term of 490 years. Prosecution also added that accused persons may abscond court and interfere with witnesses.

According to their lawyer, Danstan Omar, the prosecution had not given the court an affidavit to oppose bail or bond. He also added that the accused persons are above thirty years and their life expectancy may be below one hundred years and the jail term of 490 years may not be logical. “The witnesses mentioned in the case are not part of the complainants in the case and therefore there are no chances of them interfering with witnesses, ” he said.

The two are said to be business people who help Kenyans in the process of seeking employment abroad.
They face 98 counts of being in possession of passports without a proper account on how they possessed them.
However according to Cheruiyot, the prosecution gave the punishment of the offences as compelling  and that can not amount to denial of bail or bond.