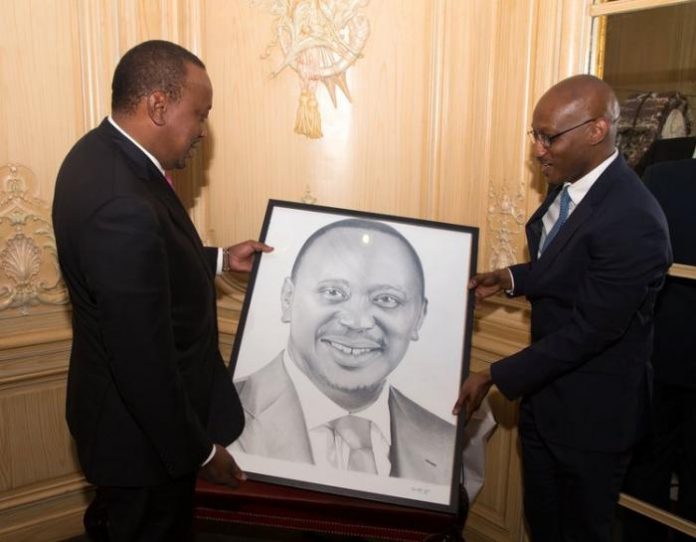 President Uhuru Kenyatta called on the board to support the Studio Mashinani Initiative, a national government project aimed at ensuring availability of high quality multimedia studio production facilities and equipment to young talented Kenyans across the country.

The President asked the board to ensure that the Studio Mashinani Initiative, which is growing very fast as a platform for talent development and source of livelihood for thousands of young Kenyans, is adequately resourced and expanded to cover the entire country within the shortest time possible.

President Kenyatta further pointed out that the board should do all in its power to attract many more youths to utilize their talents in sports and the arts by renovating existing national facilities and by constructing new modern sports infrastructure including stadia.

He observed that many young people get disillusioned when individuals who are mandated to facilitate them achieve their goals fail and frustrate their efforts, a vice that the Head of State said should end.

“You should refurbish existing sports infrastructure and develop new ones throughout the country. This will be one of the ways of attracting and enabling young Kenyans to explore and utilize their talents to earn a living,” President Kenyatta said.

The President asked the board to partner with the private sector in resourcing and in the running of the National Drama and Music Festival activities which is one of the major platforms used by most children in Kenya to discover their talents and gifts in the arts.

“We appreciate the role played by the private sector in supporting the growth of sports and the arts in the country. Although we appreciate their support, as government, we need to take up our responsibility by participating fully in these noble activities,” he said.

Mothers Are The Cornerstone Of A Society — Archbishop Muheria