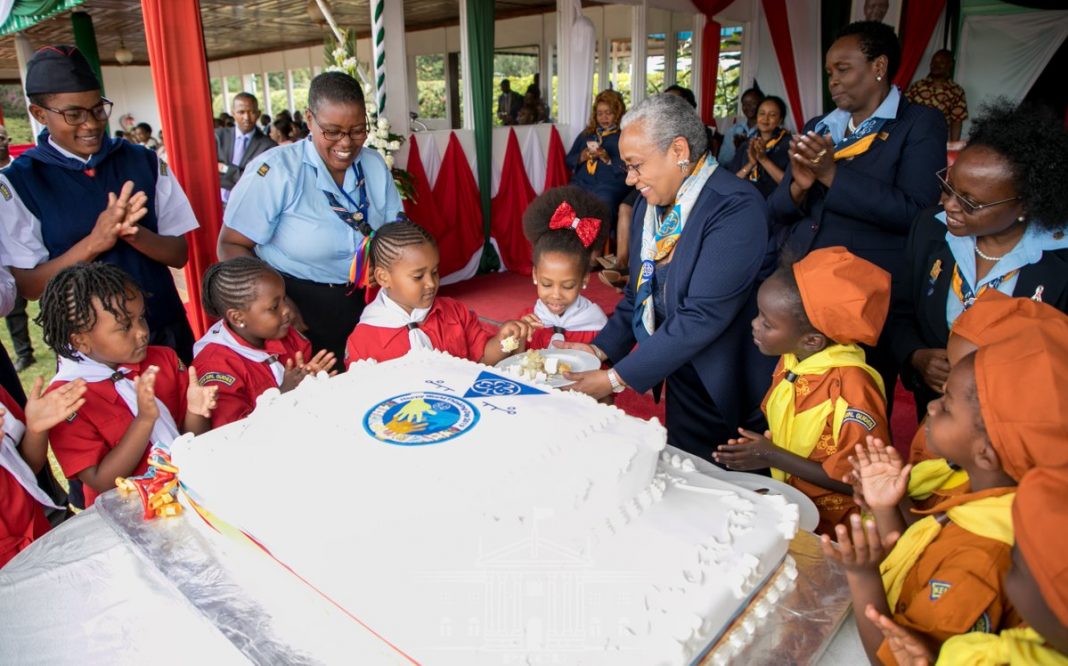 The Government has increased the annual budget given to Kenya Girl Guides Association (KGGA) from the current Ksh 26 Million to Ksh 45 million in the next financial year
Speaking on Sautrday at State House where KGGA had been hosted by their patron and First Lady Margaret Kenyatta, Education Cabinet Secretary Amina Mohamed the government recognizes the movement as a co-curriculum activity in all schools that is key in empowering girls and women to take a leadership role.
Over 2000 thousand women and girls had gathered at the state House to mark World Thinking Day themed leadership

The event was briefly graced by the President Uhuru Kenyatta, who encouraged women to take up leadership roles in the society. Amidst cheers from the crowd for unexpectedly honoring the event with his presence, the President lauded women leadership in the country saying some of the best performers in his government are women.

The First lady while presenting awards and certificates to the over 2,000 nominees said the movement celebrates women and girls who have dedicated their time as volunteers and served selflessly in the movement and the community.
World Thinking day, formerly thinking day started in 1926 and is celebrated annually on February, 22 by all girl guides and girl scouts. It is also celebrated by Scout and Guide organizations and some boy-oriented associations around the world. It is a day when they think about their “sisters” (and “brothers”) in all the countries of the world, the meaning of Guiding, and its global impact.

22 February was chosen as it was the birthday of Scouting and Guiding founder Lord Robert Baden-Powell and of Lady Olave Baden-Powell , his wife and World Chief Guide.