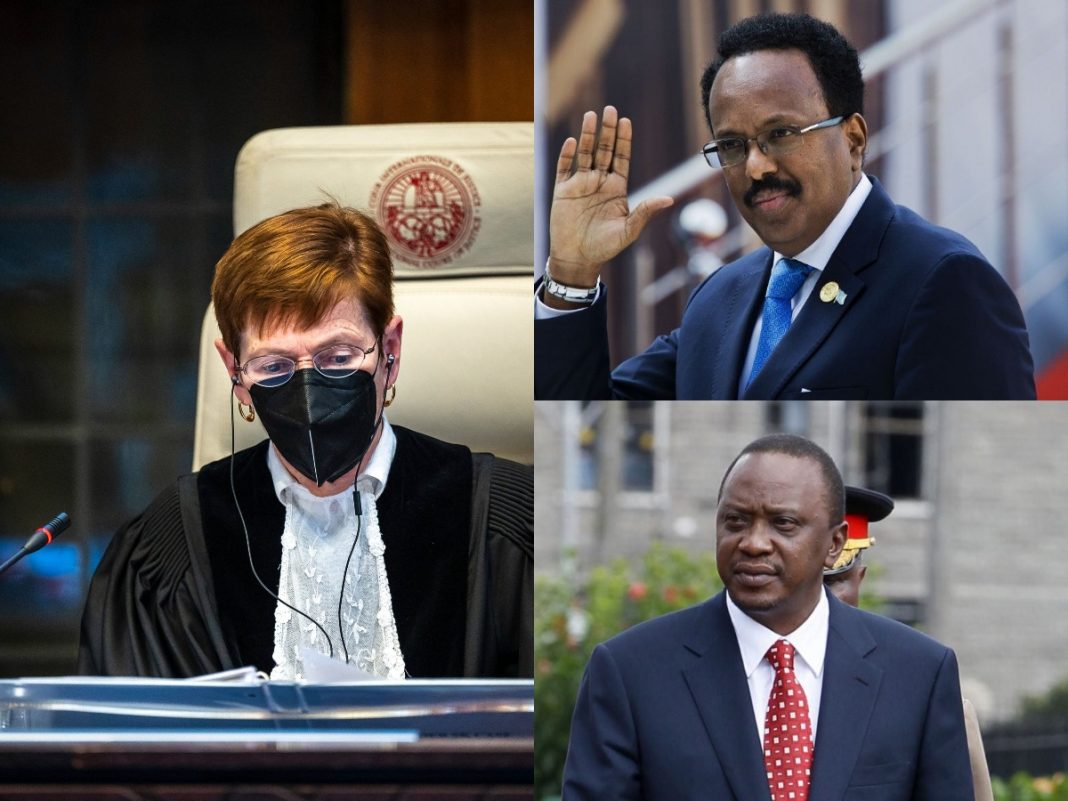 President Uhuru Kenyatta has issued a statement on the judgment made by the International Court of Justice (ICJ) on the maritime border dispute between Kenya and Somalia.

In the four-page statement issued Tuesday evening, President Kenyatta criticized the decision, firmly stating that Kenya rejects it in totality and would not recognise the court’s findings.

“At the outset, Kenya wishes to indicate that it rejects in totality and does not recognize the findings in the decision. The decision embodies a perpetuation of the ICJ’s jurisdictional overreach and raises a fundamental question on the respect of the sovereignty and consent of States to international judicial processes,” said Kenyatta.

“International tribunals have jurisdiction only to the extent of consent by a State.”
The Head of State added that the decision by the World Court will strain relations between Kenya and Somalia.

“This decision is, in the circumstances, a zero-sum game, which will strain the relations between the two countries. It will also reverse the social, political and economic gains; and potentially aggravate the peace and security situation in the fragile Horn of Africa Region,” the statement further reads.

Kenyatta accused the court of failing to permit the use, let alone the exhaustion, of regional dispute resolution mechanisms, “despite the existence of a robust African Union legal framework on border issues and dispute settlement.”
He said Kenya will pursue the matter through the institutions of the African Union such as the African Union Border Programme and its Peace and Security, architecture, in addition to other bilateral arrangements.
President Kenyatta maintains that he will stand by his oath of office to protect the country’s territorial integrity.
“Fellow Kenyans, when I became President on 9th April 2013, I took an oath to protect the territorial integrity of the Republic of Kenya. I do not intend to abrogate my solemn oath; and, I will do everything possible as President and Commander-in-Chief, to preserve the territory of this our great Republic and bequeath the same, intact and unencumbered, to the next President when my term expires in less than a year’s time,” he stated.

The top U.N. top court on Tuesday ruled largely in favour of Somalia in its dispute with Kenya, setting a sea boundary in part of the Indian Ocean believed to be rich in oil and gas.