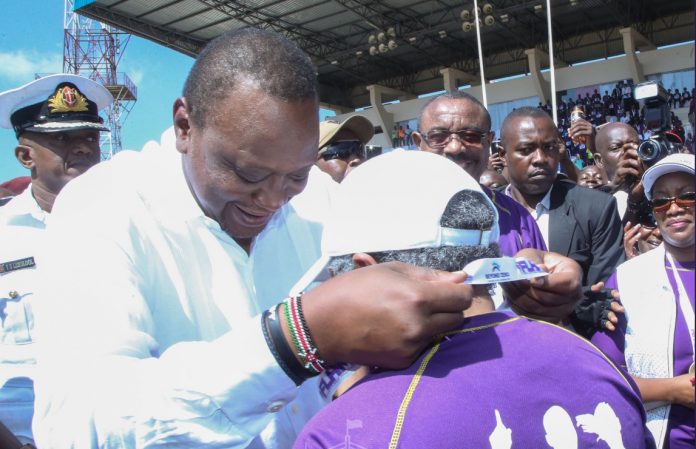 President Uhuru Kenyatta has said the Government will this year fully fund all national teams participating in international sports events.

He pointed out that sports, culture and arts are crucial to economic development of the country and therefore can no longer be left in the hands of well wishers to sponsor their activities.

The President reiterated that all athletes will be sponsored and that they will no longer lack uniforms as they represent the nation in international sporting events.

“The new Sports, Arts and Social Development Fund will ensure no athlete is left behind,” said the President.

President Kenyatta was speaking this morning when he addressed over 25,000 participants of the 4th Edition of the Beyond Zero Half Marathon.

The President commended the First Lady for her efforts in helping mothers and children access quality healthcare services saying the initiative has highly contributed to the decrease of maternal and child mortality rates in the country.

“This is a noble initiative which goes a long way in assisting to achieve the national government agenda of zero maternal and child mortality,” said the President.

Josephat Bett and Brilliant Kipkoech won the 21km men and women’s races and were awarded cash prizes of Ksh 250,000 each.

In the 10km race where the First Lady competed, Vincent Ng’etich won the men’s event while Margaret Chelimo took the lead in the women category after beating Irene Kimais and Monica Ngige who came second and third respectively.

While thanking the participants for their commitment to the Beyond Zero initiative, the First Lady said proceeds from this year’s marathon will be invested in interventions aimed at advocating for policy formulation and protection so as to transform the lives of women and children.

“We dedicate it to babies – who are the future of this country. We dedicate it to our children, especially those living with physical and intellectual challenges – to advocate for inclusion and equal access to all services,” said the First Lady.

“We also dedicate this day to our elderly, our senior citizens, our grandparents – for their love and sacrifice to make what is Kenya today. We advocate for their recognition and social protection,” she added.

The First Lady said the pioneering concept of the marathon was inspired by the high rates of maternal and child mortality in the country.

She said through collective efforts, the initiative has been able  to contribute to the prevention of deaths for thousands of mothers and babies due to  lack of access to healthcare and medicines.

The First Lady pointed out that through the initiative, fully kitted mobile clinics have been purchased and delivered to all 47 counties in the country.

She said apart from contributing to the widespread awareness around health challenges facing women, children and vulnerable communities, the initiative started medical safaris to bring services closer to communities in hard to reach parts of the country.

Deputy President Ruto commended the First Lady for her relentless efforts in ensuring access to quality health services for women and children saying all Kenyans of goodwill should continue to support her noble efforts.

Former Ethiopian PM Desalegn lauded First Lady Margaret Kenyatta saying the entire region is inspired by her initiative which is worth emulating.

Others who spoke at the event included Heath CS Sicily Kariuki and her Sports counterpart Amb. Amina Mohamed. 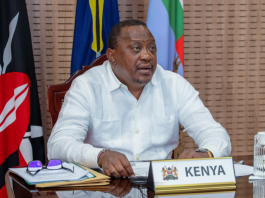 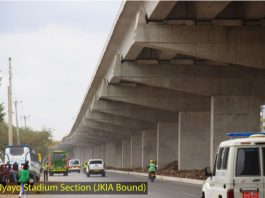