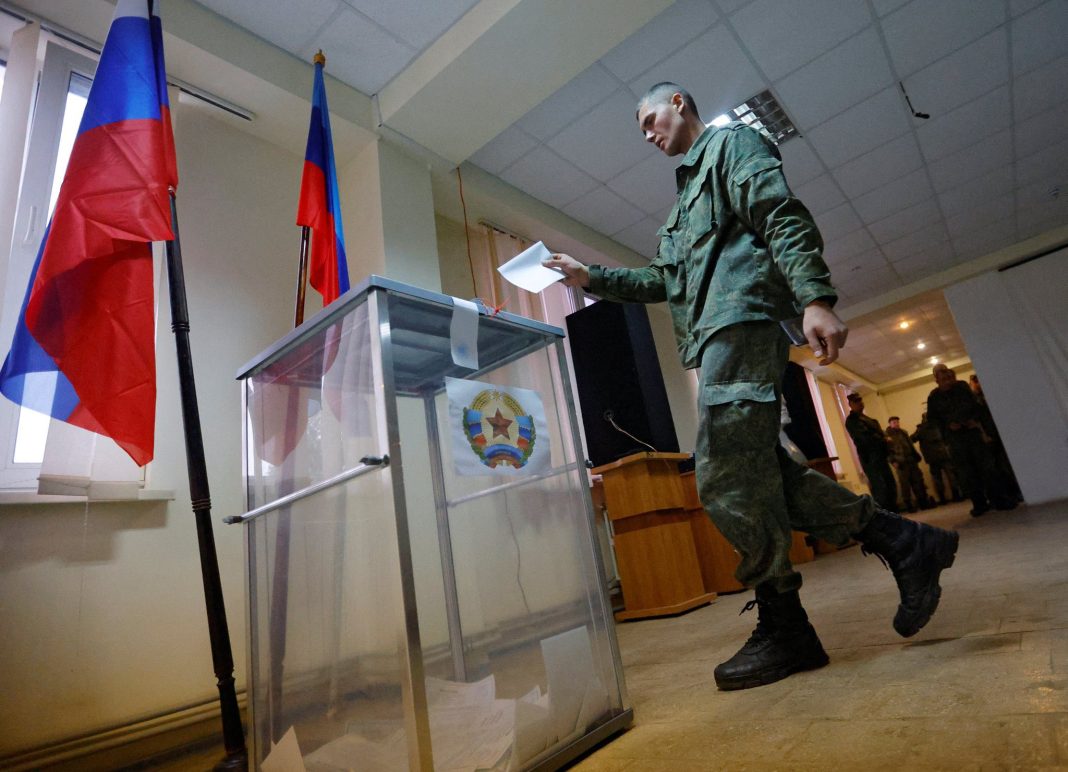 Four areas of Ukraine controlled by Russia and pro-Moscow forces have begun a referendum to join Russia.

The West widely condemns the vote as illegitimate and a precursor to illegal annexation.

Despite the condemnation, voting began on Friday at 0500 GMT and will conclude on Tuesday next week.

The voting is expected to take place in four regions that are entirely or partially controlled by Russian troops. Donetsk, Lugansk, Kherson, and Zaporizhzhia are the regions involved.

However, Ukraine and its Allies said they won’t recognize the outcome of the voting.

The results are seen as a foregone conclusion in favor of annexation. This according to analysts, could lead to a claim by Russia that its territory is coming under attack from Western Weapons supplied to Ukraine. In this case, this could escalate the war in Ukraine further.

The four regions represent about 15 % of Ukraine’s territory.

This happens as UN human rights experts report on Friday September 23, 2022 indicating that they have found evidence of war crimes in Ukraine following Russia’s invasion.