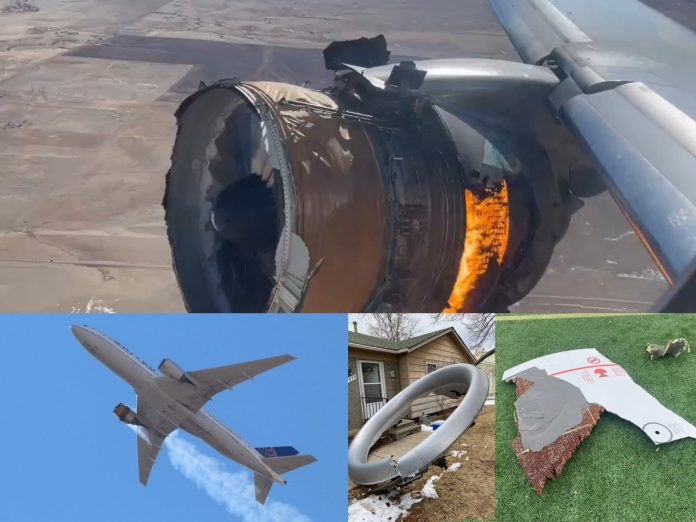 Passengers aboard a United Airlines flight were left in fear after the flight suffered an engine failure shortly after taking off. – By Gerald Gekara.

The plane that originated from Denver for Hawaii, was pictured dropping massive debris on residential areas before a safe emergency landing, officials said.

A video shot from inside the aircraft — which had 231 passengers and 10 crew onboard — showed the right engine ablaze and wobbling on the wing of the Boeing 777-200, its cover entirely missing as the aircraft flew over a barren landscape.

There were no injuries on the plane or on the ground, authorities said.

The Federal Aviation Administration said it was “aware of reports of debris in the vicinity of the airplane’s flight path,” adding that the agency and the National Transportation Safety Board would be investigating the incident.

“If you find debris PLEASE don’t touch it or move it. The @NTSB wants all debris to remain in place for investigation,” Bloomfield police tweeted.