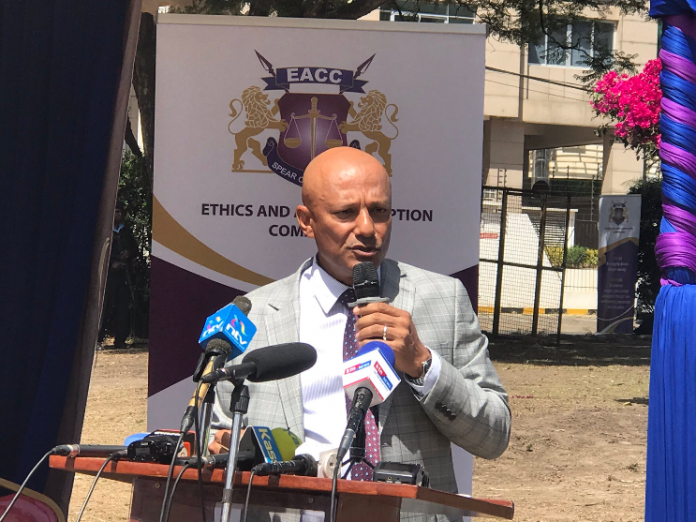 THE Ethics and Anti- Corruption Commision team led by the new boss, Twalib Mbarak today presided over the repossession of a 2Billion shilling piece of land belonging to University of Nairobi.

The land which had initially been illegally possessed by a private company, Abadares Engineering Contractors Limited.

In 1964, the university acquired land parcel measuring 4.97 acres from Kettles-Roy Tysons Limited for Sh200,000. This is according to EACC’s investigation.

The transfer of the piece of land to the university was indicated on July 1, 1964 in the name; University College Nairobi Council. On October 18 1967, a surrender of 0.2469 acres for expansion of a road was sought by the government of Kenya and request granted.

While addressing the public during the handing over ceremony, the @EACCKenya Chairman, Twalib Mbarak stated that recovery of corruptly acquired assets and returning them to their rightful owners is one of the most effective means of fighting corruption.