Home National UON student to be detained for 5 days for Allegedly Threatening MPs... 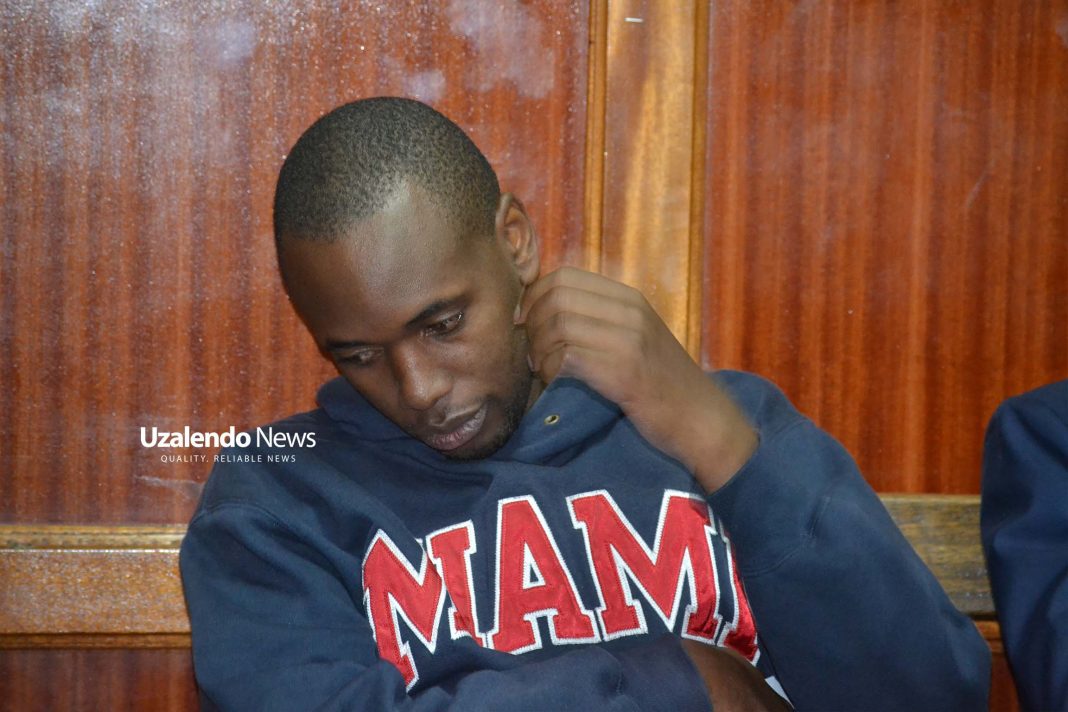 BY PRUDENCE WANZA – The man alleged to have sent threatening messages to Busia women Representatives Florence Mutua and other members of parliament will be detained for five days to allow police to complete investigations.

Principal magistrate Peter Ooko ruled that he has considered the documents and cards involved in the case and that five days were sufficient for investigations.

Alex Anyolo Kikuyu, a University of Nairobi masters student studying management accounting is accused of sending threatening messages to the legislator on 27th May 2019 through several mobile phone numbers.

The content of the message was”hi kindly don’t walk alone around Parliament round about and do not visit intercontinental Hotel this week. Some politicians have hired mercenaries who were at my brother’s house last night and I have heard everything they said. Your life is in danger”. Another one read “You will be assassinated”.

The Women later reported the matter at Parliament Police Station.
The suspect was on 5th June arrested at Makadara Area of Nairobi and police recovered four mobile phones, 13 Identity Cards, 37 safaricom lines used plates and 23 Telkom lines used plates.
From the used lines, police were able to single out the lines that were uses to send the text messages.

The investigators were seeking seven days to enable them record statements from witnesses who are Members of Parliament who have also reported their complaints in different parts of Kenya since the incidents occurred while they were on recess.

They also want to subject the mobile phones of both the complainants and the suspect to cyber security for messages extraction and analysis.

The police claimed that Anyolo risks absconding if granted bail/bond since he has knowledge of the weight of the matter and also cover his traces.