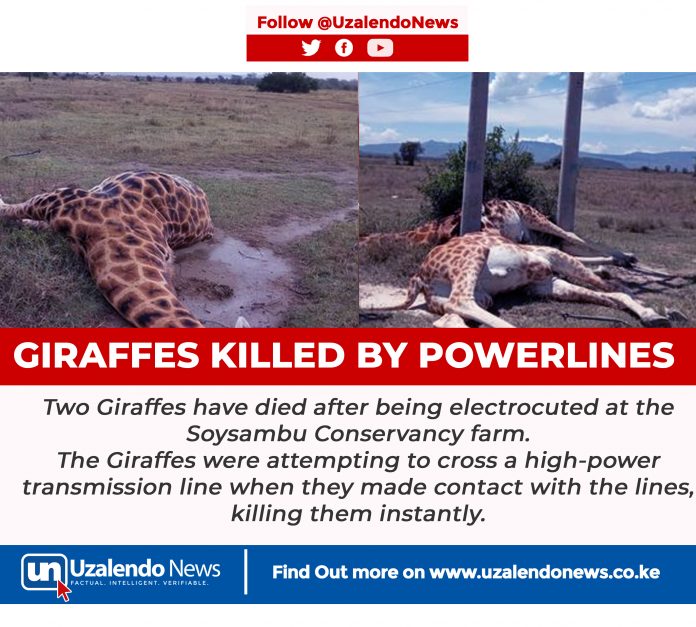 Conservationists from around the world have criticized State owned Kenya Power and Lighting Company (KPLC) after three more giraffes were killed.

The viral photos of the endangered Rothschild giraffes, rented social media after it was reported that the tall mammals were electrocuted in Soysambu Conservancy due to the low hanging power lines.

Conservationists and animal rights activists have confirmed 11 of the giraffes have died from the incidents.

The powerlines that hang a mere 6 Meters from the ground act as a barrier to the incredibly tall mammals that tower 5.8 Meters above the ground.

They are primarily located in eastern Uganda and western Kenya in protected areas.

Despite being free from trophy hunters and poachers, human activity within the conservation grounds such as the existence of high voltage power lines continues to threaten the existence of giraffes and bird species that perch on these lines.