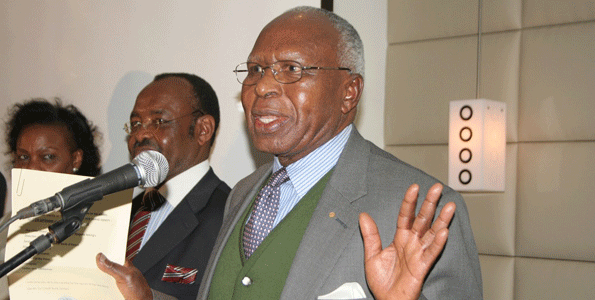 The family has confirmed that Mzee Nyachae was hospitalized, but discredited news that the former presidential hopeful had died.

“Mzee Nyachae is admitted in hospital, and he is responding well to the care and treatment he is getting. The rumours are untrue and we urge everyone to discredit this nonsense,” a source close to the family revealed.

#RIPNyachae was trending on social media since Wednesday night with many Kenyans pouring their condolences to the Kisii politician.

Nyachae has been vocal for the better part of his tenure in elective politics since 1992, when he entered the ring as an MP for Nyaribari Chache Constituency. However, he retired in December 2007.