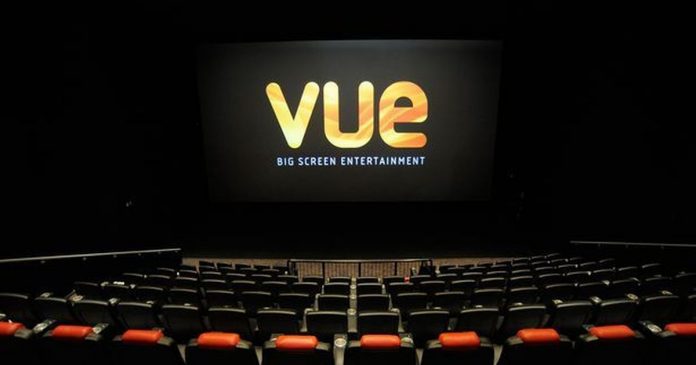 Vue has announced it’s ready to reopen some of its cinemas on 7 August, with safety measures against the spread of coronavirus in place.

The cinema chain previously hoped to reopen in mid-July and said it already had a plan for safety measures.

Cinemas were allowed to reopen on 4 July but most did not do so.

Those cinema chains that have already reopened venues have done so on a limited basis. Curzon, for example, welcomed back visitors to two of its sites on 24 July and plans to reopen one more on Friday. They will then begin a staggered reopening plan for other venues in August.

Toby Bradon, territory general manager of Vue Entertainment in the UK, said: “Behind the scenes, we’ve been working hard to develop safety protocols in line with government guidelines and informed by our recently reopened cinemas across Europe.

“The safety of those who work and visit our sites is paramount and we’ve therefore taken the time to ensure protocols and staff training are in line with the latest guidance ahead of opening.”

Cineworld is set to reopen its cinemas on 31 July, with special 4DX screenings of Harry Potter leading the reopening slate.

The cinema chain’s spokesperson said: “4DX screenings have stimulating effects such as motion, water, wind, scent and lighting – timed with precision to enhance what’s happening on screen and combined with high-tech motion programming to move your seat in perfect synchronicity.”

Vue cinemas back in business from 7 August include those in Doncaster, Oxford, Manchester, Farnborough, Edinburgh, Bromley and Westfield Shepherd’s Bush.

The company did not specify when the rest of its 90 cinemas would follow suit but it is most likely to be ahead of the much delayed release of Christopher Nolan’s sci-fi epic Tenet, which is now expected on 26 August in the UK.

In May, Vue chief executive Tim Richards told the BBC he hoped to have the chain up and running in time for the launch of Tenet, which was then scheduled for 17 July.

The coronavirus pandemic forced cinemas to close their doors around the world in March. As a result, there is now a backlog of films, along with Tenet, which were due to come out this spring and summer, such as Mulan and the new Bond movie No Time To Die.

The opening Vue film schedule for 7 August will be unveiled on Friday and the Russell Crowe thriller Unhinged – the first new big release since the pandemic hit – is expected to be on the list.

Other films on offer at the open Vue sites will include previous releases including the Harry Potter films, Star Wars: The Empire Strikes Back, Batman Begins, Inception and Dunkirk.

Earlier this month, the prime minister said indoor theatre, music and performances could start again with socially distanced audiences from the start of August.

The government is currently working with the sector on pilots of performances with safety measures in place with the view to feeding findings into final guidance for venues in the run-up to them reopening.