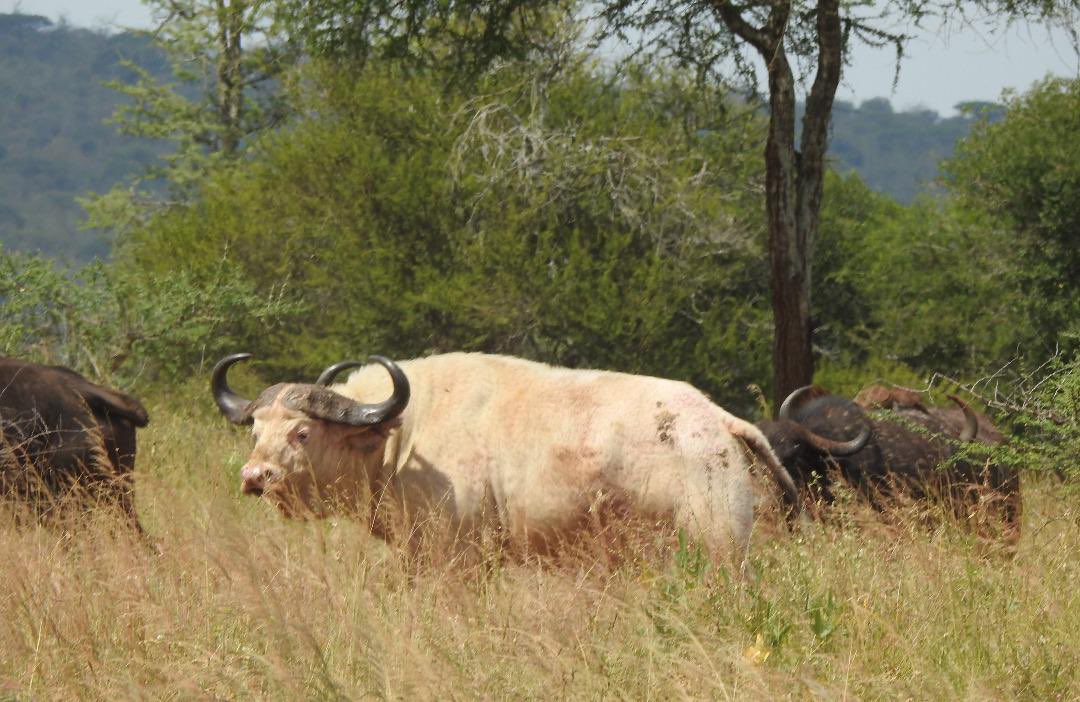 A rare white buffalo has drawn the attention of hundreds of tourists after being spotted in Tanzania’s Tarangire National Park.

According to local media, the buffalo was spotted on Monday at a watering hole, attracting hordes of tourists as well as researchers who were in the park at the time.

Although the white buffalo is said to have mixed freely with the other buffaloes, it was larger and stood in the middle of the herd most of the time.

According to a report in Tanzanian newspaper The Citizen, the buffalo is very likely to have been part of the herd for a long time due to the type of association it had with them.

Some observers believe it was born on the outskirts of the park, which is located in Tanzania’s north-eastern region.

White buffaloes are extremely rare and revered in some communities, who see them as a sign of global peace.

While information on the species is scarce, conservationists estimate that one out of every ten million buffalo born is white.

The color change in buffalo is caused by a number of factors, including genetics, nutrition, environment, and age.