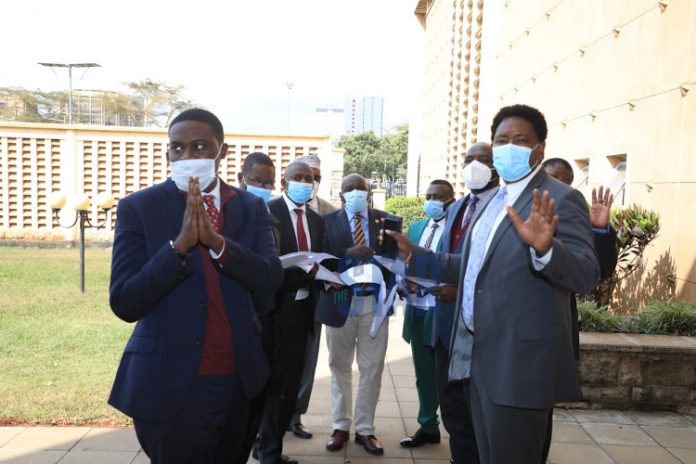 Finally, senate select committee have agreed on a win- win formulae that will see counties receive funds that have left operations paralyzed.

In a meeting on Thursday morning the committee co-chaired by Bungoma senator Moses Wetangula and his counterpart Nairobi senator Johnson Sakaja announced the deal via their twitter handles.

The agreed proposed formulae is set to be tabled in parliament this afternoon in form of a report for debate and eventually voting.

In the new formula, Nairobi gains the highest amount with Sh3.3 billion to push its total allocation to Sh19 billion.

Lamu ‘s total allocation will shoot to Sh3.1 billion with Tharaka Nithi getting the least addition of Sh289 million.

No county loses revenue in the proposed formula.

Senator Susan Kihika said’’Where there is a will there is a way! This morning the Special Committee on the third basis for Revenue Allocation sat and was able to come up with a consensus and the long awaited way forward.’’

Moses Wetangula said “The deed is done! Thanks to my committee of twelve (12) for the unanimous decision. We now await the white smoke from Senate plenary.”

The deal comes after being catalyzed with president Uhuru Kenyatta who committed to increasing county allocation by 53 billion in the next financial year.