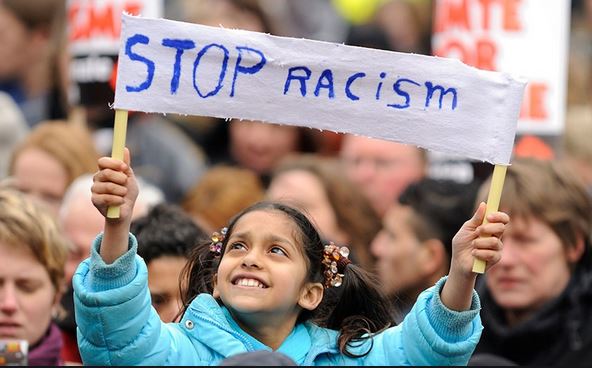 All people belong to one biological species and there are no human “races”. So why does belief in race persist? It may be a scientific misconception, but it is real. It defines the lived experience of many people and determines how governments act and how people treat one another. How did race come to have this power and this durability?

A project was undertaken to address these very questions and to get at the heart of the “everydayness” of race in South Africa and elsewhere. Called the Effects of Race Project, it was started at the Stellenbosch Institute for Advanced Study in South Africa in 2013 as part of a broader project at the institute called Being Human Today.

One of us (Jablonski) along with political sociologist Gerhard Maré organised and convened the project. Our goal was to create new scholarship that could eventually inform outlooks and policy on “race thinking”.

Seven years later, we wanted to present a brief summary of some of the outcomes of the project and why they matter. When we began the project, we couldn’t see exactly what the future held in store, but we knew that the poisons of race-thinking and racism were killing people. Temporary antidotes were no longer going to work. Soon, the toxic nature of race thinking and racism would be exposed and fully understood so that they could be expelled from the body of humanity.

We gathered together scholars from South Africa, the US and Europe who had years of experience in thinking about race. They came from sociology, anthropology, geography, law, the humanities, and education. Some of them were anti-apartheid leaders and are still engaged in efforts to raise South Africans out of that chasm of injustice.

The group met for about two weeks each year from 2015 to 2017, in the cold of the winter in the Western Cape. At the beginning of our work we had little more than hope. We fully appreciated that race-thinking and racism were big and powerful topics that had defied and defeated many previous expectations. We also recognised that we needed to inspect common misconceptions about race and understand how these continued to exist in public policy ecosystems.

The perspectives on race and racism that each of us brought to the group were never the same, but we listened carefully and responded thoughtfully. Through successive discussions, we cultivated the mutual respect and trust that made it possible to venture into the most difficult and sensitive subjects at length without fear of judgment or reprisal. As one of our members, Njabulo Ndebele, put it one afternoon:

The elephant is in the room, and we are petting it.

We mused over whether we were not just being indulgent academics, failing to respond practically to matters that affect the lives of ordinary people. But we then realised that much of what we accomplished was the act of discussion itself. Significant insights and realisations emerged from honest, probing discussions among trusted parties. The process was as important as the subject matter.

We realised people of all ages and sorts, and especially children and youth, who had long been segregated by the weight of the built environment, needed more opportunities to mix in formal and informal settings, and share their experiences, dreams, and aspirations. This was not a new insight, but the fact that all of us felt its impact, to our bones, made it profound.

READ  COVID-19 Talent: How youths are coping with the global pandemic

Constructive discussion could disable the reflexivity that paralyses much of the discourse about race and racism in South Africa and make it possible for us to grow in our appreciation of common humanity.

The questions that need to be asked

Through our many discussions, we did not solve many problems, but the exercise of discussing the roots and manifestations of race-thinking gave us such discomfort about the status quo that we are obliged to look for transcendent and transformational alternatives. We cannot in all honesty claim that we met our goal of creating “new scholarship” that will inform public policy as we had stated at the beginning of this project.

The more we examined this age-old matter the more we realised that race-thinking in South Africa and elsewhere was embedded in the consciousness of societies, even more so those societies that are racially mixed. South Africa’s constitution does not command us to live in a race-neutral or colour-blind society. All that it does in the preamble to the constitution is to enjoin us to

heal the divisions of the past and establish a society based on democratic values, social justice and fundamental human rights.

While our work does not provide solutions, it raises the questions that need to be asked, and provides some conceptual tools for understanding the complex dynamics of race in our society. We believe that we can be spared the absurdity of Sisyphus in Albert Camus’s essay The Myth of Sisyphus and instead be imbued with the determination to revolt and to overcome dependence on the futility of race. We hope that the sampling of our work will lead you to the same conclusion.

This article is the first in a series of six by Jablonski and Pityana, Göran Therborn, George Chaplin, Kira Erwin, Kathryn Pillay and Njabulo Ndebele.

The next two articles will reflect race and the impact of othering and of language with Therborn’s thoughts on race and existential inequality and Chaplin and Jablonski discussing how the impoverished vocabulary of race contributes to the problem.

COVID-19 Talent: How youths are coping with the global pandemic