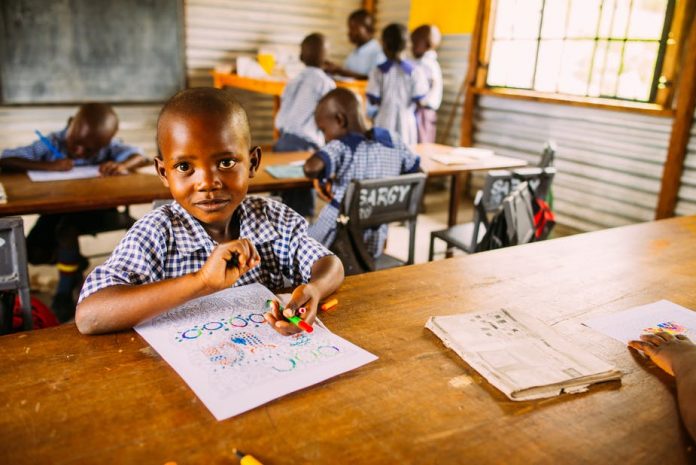 Early education based on a child’s mother tongue gives them a head start in their literacy and language learning. Shutterstock Dr Peter Mose, Rhodes University

Kenya is a multilingual country with over 42 different indigenous languages. In addition, foreign languages are used by minorities in major towns and in some learning institutions. The most dominant foreign language is English which is an official language alongside Kiswahili.

Foreign languages – especially English – enjoy the highest positive attitudes in regard to their acquisition and use. To many Kenyans, the perception is that a knowledge of English is a true sign of having good school education.

Kiswahili, the national language, enjoys widespread acceptance and use. It’s an inter-ethnic language of communication and generally it is used as a lingua franca. It is the most common language in Kenyan towns and market centres.

The lowest group of languages in the preference scale is indigenous languages that majority of Kenyans acquire and know well. They are used in homes, in open-air markets across the country, in worship services and to some extent in pre-primary and primary schools as co-languages of teaching.

Kenyan language scholars have for decades advocated and written about the role mother tongues should play in the country. The challenge has been that those who champion this approach don’t control public resources. The result is that nothing ever gets done about it.

But that might be about to change with the launch of the competence based curriculum already under implementation in grades one up to three. The new school system places emphasis on developing learner abilities rather than preparing learners to pass national examinations as has been the case. It is an approach that puts the learner at the centre of learning activities and in which mother tongues are likely to assume fresh significance.

The importance of the rebirth of the use of indigenous languages in schools in Kenya cannot be overemphasised. It could have a profound effect on children’s educational outcomes, as well as much broader beneficial effects on the Kenyan society.

The case for mother tongue

Research shows overwhelmingly that mother tongues are the most ideal tools for early child education. In a variety of countries, such as South Africa, Ethiopia, Papua New Guinea, studies indicate that the mother tongue medium is the best for early school education. This is particularly true in sub-Saharan Africa where research has shown that early education based on a child’s mother tongue gives them a head start in their literacy and language learning.

A study conducted in Ethiopia recently, for instance, indicates that pupils who transition to English medium of instruction in grade five perform better in mathematics. The findings corroborate findings in South Africa.

Research findings commissioned by international organisations including UNESCO and World Bank concur that a mother tongue is the best language in early school learning. For instance, UNESCO indicates that mother tongues are the best sociologically, psychologically, and educationally for children entering primary school.

Impact of the new curriculum

Kenya’s new curriculum could boost the use of mother tongues quite significantly.

Firstly, the methodology itself is likely to affect language use. The curriculum is designed to build learner capacities by putting pupils at the centre of learning activities. This implies the use of language to name things, to discuss with the teacher and fellow pupils. Majority of lower primary school pupils usually enter school with their mother tongues and this is the only resource they have to negotiate ideas.

The use of mother tongues to do this makes a great deal of sense. And also suggests that using English at grade one for children in rural and other areas is inappropriate.

Secondly, new various languages have been published to meet the demands of the new curriculum. At Kisii University recently, a publisher launched literacy books in the Ekegusii language, which is the predominant language in both Kisii and Nyamira Counties of western Kenya. Materials for other indigenous languages for use in the new curriculum are being developed.

The publication of literacy materials promises a rebirth of the use of these languages in the school system. This might help preserve many local languages from extinction.

There could be broader benefits to society too.

Firstly, children will have an opportunity to acquire and develop their mother tongues. Very early introduction to second languages is in some cases to blame for the poor language mastery of most young people – they do not know any of the languages they speak competently.

Secondly, it will improve early literacy outcomes in primary schools. Recent research indicates that majority of pupils entering grade four have literacy skills below expectations. Researchers attribute this to premature introduction of pupils, especially from rural areas and informal settlements-into the English medium

Thirdly, the new curriculum provides for the study of indigenous languages as career subjects later on. This implies that learning the languages might be sources of employment like in working as interpreters, book writers, teachers, and as linguists.

Fourth, it will make Kenya a truly multilingual society. Contrary to arguments about many languages breeding tribalism, a country with a multilingual and multicultural ethos is a truly cohesive society; the population grows to appreciate others as different and not as good or bad.

Finally, counties might consider making some indigenous languages as additional official languages in their territories. This might give millions of Kenyans a voice to negotiate development issues. Currently, the use of Kiswahili and English only excludes some people from participating in public affairs specifically in projects that require public participation. This isn’t an optimal state of affairs.