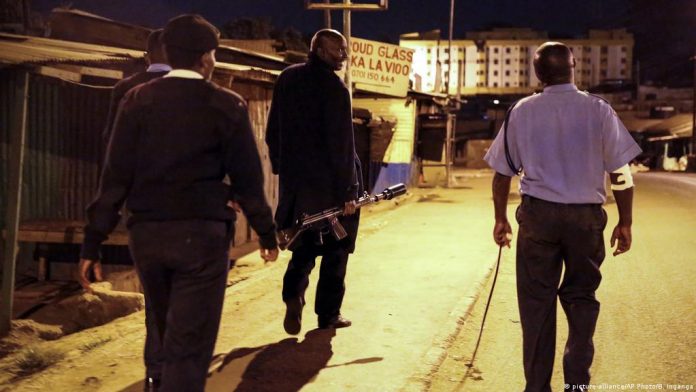 A woman is on the run after she attacked a police officer on patrol in Nairobi’s Lang’ata area.

According to the police report, the woman was outside past curfew time when she was spotted by a patrolling officer near the Bypass Patrol Base.

The police further say an exchange of words escalated into a fist fight with the lone officer before escaping to Kibera slums.

“She bit his right ear cutting it completely. After noticing that she had injured the officer. The injured sergeant picked the piece of the ear which had fallen down and proceeded to Nairobi West Hospital,” reads the report.

The officer is admitted at the surgical ward where he is expected to undergo an operation.

The 8.00pm curfew has seen residents engage in cat and mouse games with curfew offenders despite the government directive.

Over 200 people have been arrested over the weekend, and will be arraigned in a court of law on Tuesday 6th April.