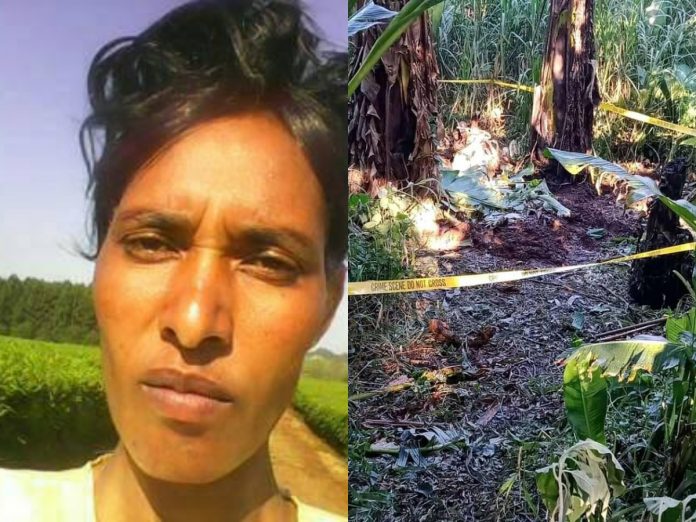 Residents and police officers have recovered the body of a 30-year-old employee of James Finlay Tea Company who went missing a day before Valentine’s Day. – By Gerald Gekara.

The body of Emmy Chemutai was found buried in a shallow grave in the expansive Kapsongoi tea estate.

According to her cousin, the deceased who hails from Bomet County was last seen on February 13th before disappearing.

Despite efforts to trace her, the police had no lead as to the whereabouts of the worker.

However, shortly before evening, her grave was discovered by her children who saw flies flying over a shallow grave.

Sources say her boyfriend was was arrested by Kericho-based DCI detectives after reports that he was hiding from the police .

Police officers visiting the scene of the crime on Thursday evening assured residents of swift investigations to find out what transpired.