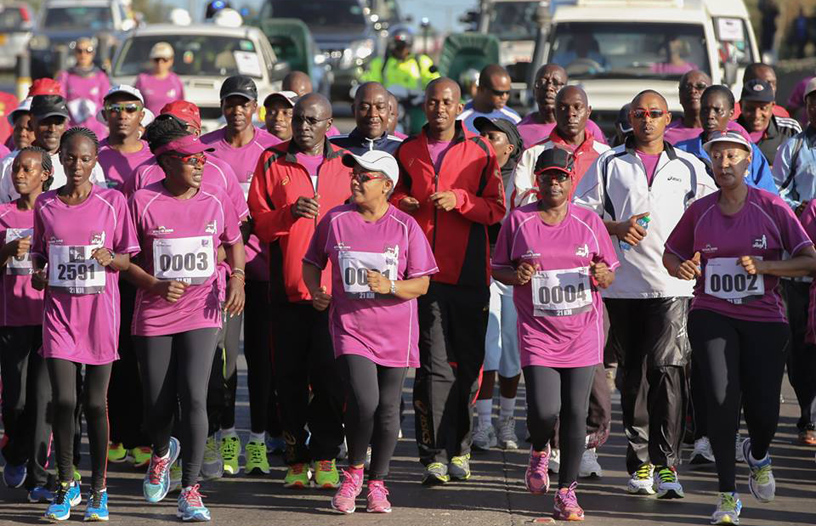 World Health Organization (WHO) Director General Tedros Adhamon Ghebreyesus has praised First Lady Margaret Kenyatta for being a torchbearer in the promotion of healthy living through her Beyond Zero Half Marathon and participation in other marathons including the London marathon.

Speaking today when he met the First Lady in Geneva, Switzerland, to personally welcome her to participate in the “Walk the Talk” run organised by his organization, the Director General said First Lady Margaret Kenyatta has made history by becoming the first holder of her office in the world to run marathons.

Mr. Ghebreyesus expressed optimism that the Kenyan First Lady’s participation in the “Walk the Talk” run will encourage other leaders in the world to take part in the annual event that is now in its second year.

The WHO Director General presented the First Lady with a branded running kit depicting the theme of the run.

He encouraged other countries to embrace and replicate similar events aimed at promoting healthy living.

The First Lady gave an assurance of her commitment to supporting WHO’s initiatives that are aimed at encouraging healthy lifestyles to keep diseases at bay, saying she looked forward to participating in the ‘Walk the Talk’ event.

She said besides the run, she will take part in other events on the sidelines of the WHO main meeting on Monday.