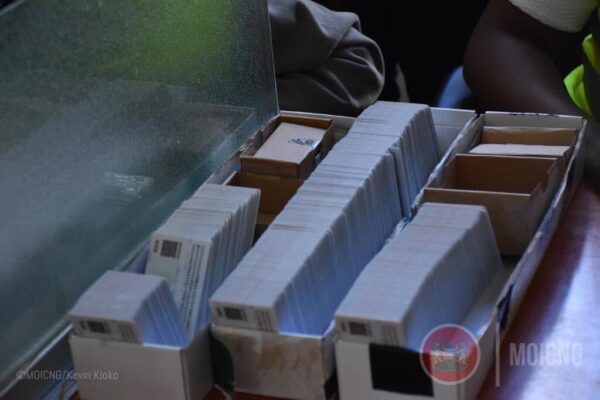 BUSIA (KNA) – Residents of Busia County have been urged to collect their Huduma Namba cards.

Speaking to KNA in his office, area Deputy County Commissioner, Kipchumba Ruto, said that 21,544 cards were lying uncollected at the Busia Huduma Centre.

Ruto attributed the slow uptake of the cards to the cosmopolitan nature of the town, adding that some of the applicants might have relocated to other areas.

“People registered two years ago, but some of them may have shifted to other areas,” he said, adding that the local public administration has carried out publicity through chiefs and village elders to ensure residents collect the vital document.

He explained that his office has sorted the cards and organized them under various Sub- counties in readiness to take them closer to the applicants.

“Mine is to appeal to members of the public to collect their cards,” said Rutto, adding that those who have left to other counties will have their cards taken to their respective Sub- counties.