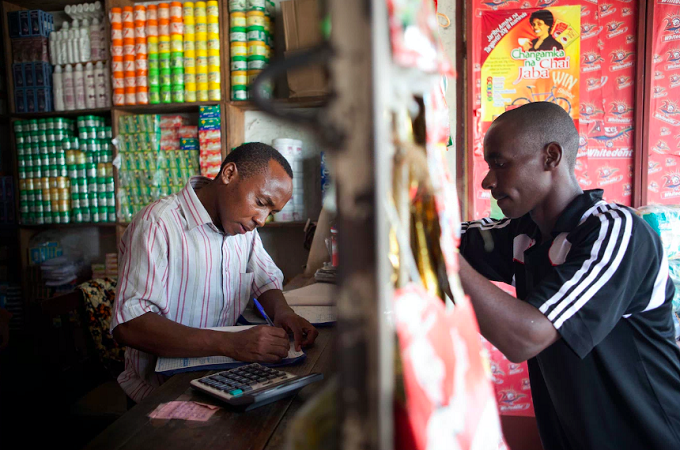 Rachel owns a bakery in one of Nairobi’s leafy suburbs, at the start of the year her ambitions were to expand the bakery into a middle-sized restaurant after a successful end of year sale. – By Gerald Gekara.

However, on March 23, Kenya confirmed its first case of the Coronavirus. She panicked. Everyone panicked. New restrictions crushed her hopes of moving to a bigger restaurant since she has to contend with the government directive on closing hotels.

This has been one out of over 40% of businesses that may never return back to service after the pandemic.

COVID-19 has run-down entrepreneurs who have resorted to absurd tasks, and dug into their pockets in order to meet daily expenses.

Businesses were forced to overhaul operations. Remote working programs took over ,as managers sort to reduce crowding in line with social distancing rules,

However, on April 6, President Uhuru Kenyatta imposed further restrictions including cessation of movement in Nairobi, Mombasa, Kilifi and Kwale counties, which had been identified as Covid-19 hotspots.

The closure had a toll on businesses that were dependent on raw materials and services from other counties, and countries.

The International Air Transport Association (IATA) financial outlook that was released in June 2020 estimated that revenues for airlines globally could fall by 50% to $419 billion from $838 billion in 2019.

According to the report, in Africa alone, the GDP supported by aviation was estimated to fall by up to $35 billion with over 3.5 million job losses estimated in August 2020. Locally, IATA estimated 223,600 jobs would be lost with GDP slumps of up to $1.8 billion.

The decline was attributed to an almost near stop in passenger travel, with the airline converting some of its luxurious Dreamliner fleets into cargo planes.

The announcement on the closure of schools set the stage for an avalanche towards private school operators.

While some opted to convert their establishments into other businesses such as chicken farms, an estimated 300 private schools will not be opening in 2021. This is greatly attributed to the lack of funds to keep the premises open, as a good majority of them operated on rented spaces.

As a result, about 95% of the more than 300,000 private-school staff members have been sent on unpaid leave. The teachers have turned into other means such as masonry, farming, and odd jobs to put food on the table.

Despite schools being partially opened, COVID-19 pandemic costs would deal a great blow to parents who will present their children when schools open in 2021.

Already, some schools have imposed high ‘pandemic’ fees for students to the tune of up to Ksh, 80,000 inorder to comply with the laid out health directives for the school.

The MSME Covid-19 Recovery and Resilience program is an initiative by KEPSA and Mastercard Foundation to support women and youth-led/owned businesses.

This program targets to support at least 400 Micro, Small and Medium Enterprises (MSMEs) whose operations have been affected by the Covid-19 pandemic, with interest-free and micro and SME loans ranging from Ksh 100,000 to Ksh 1.5 million.

So far, a total of Ksh 2,910,000 has been disbursed to nine businesses making them the first batch to benefit from this program. The loan beneficiaries who are from the Real Estate, Insurance, Retail and Education sectors have now embarked on boosting their business operations to ensure continuity through this season.