President Uhuru Kenyatta has embarked on a series of mega construction projects that were either left behind by previous governments or entirely planned under his leadership. – By Gerald Gekara.

Despite the hardship brought about by COVID-19, contractors have defied the odds and managed to execute crucial projects ahead of timelines set by the Kenya National Highways Authority.

Here are some of the greatest projects that have graced 2020.

Construction work of the Nairobi Express highway is easily the continent’s most monitored infrastructure.

The road is being constructed by China Road and bridge Corporation, and will be overseen by the Kenya National Highways Authority (KeNHA) through a public-private partnership model.

Currently, works on the highway are at an advanced stage, and despite its 2022 deadline, engineers say the project is ahead of its schedule by 6 months.

The pioneer floating footbridge opened its doors to the public on Christmas Day ending a record 6 month construction time.

The Sh1.7 billion bridge is about 800 meters long and has a six-meter wide walk way.

The bridge has a 150-meter long movable part, right at the middle, which will be opened and closed to allow for huge ships to pass through to and from the Mombasa port.

The Sh18 billion Kibwezi-Kitui-Migwani road constructed by renowned firm Chinese Synohydro corporation company has been opened to the public.

The road will be a key addition to the Cape to Cairo Road project.

In line with the ambitious plan to create a 27.9 Billion shilling mega railway city within its vast lands in the CBD, the Kenya Railways authority began a process to refurbish old railway lines in order to open up Kenya’s overreliance on road transport.

The total cost for the 11 used diesel trains from Spain was Ksh1.5 billion, and will serve the country for the next 25 years.

The 84km Kenol-Sagana-Marua dual carriageway will be ready for use by December 2021.

The Nairobi-Mau Summit Road project will be built by Rift Valley Connect – a consortium made up of Vinci Highways SAS, Meridian Infrastructure Africa Fund, and Vinci Concessions SAS.

Vinci will upgrade of the 175 km A8 highway between Rironi (Limuru) and Mau Summit into a four-lane dual carriageway and create room for a six-lane carriageway.

Since the formation of the Nairobi Metropolitan Services (NMS) Director Maj. Gen. Abdalla Badi has helped Nairobi County to transform into a rather decent city.

The provision of walkways and space for Non-motorized transport, as well as improved road works in estates has been highly appreciated by Nairobi residents.

The relocation of major bus stops such as the new Green Park Terminus has been flagged as turnkey projects within the city.

However, more work on waste management and the public transport sector poses serious challenges to perennial traffic in the CBD.

2021 has been marked as a deadline for many firms finalizing the construction of crucial infrastructure upgrades in the country. 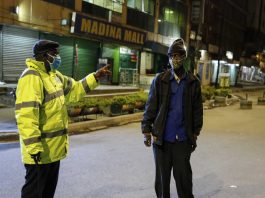 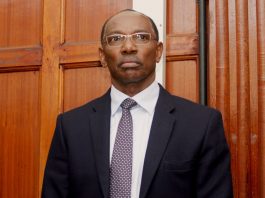 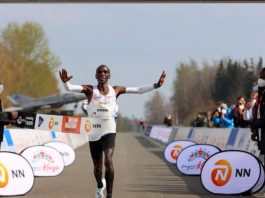