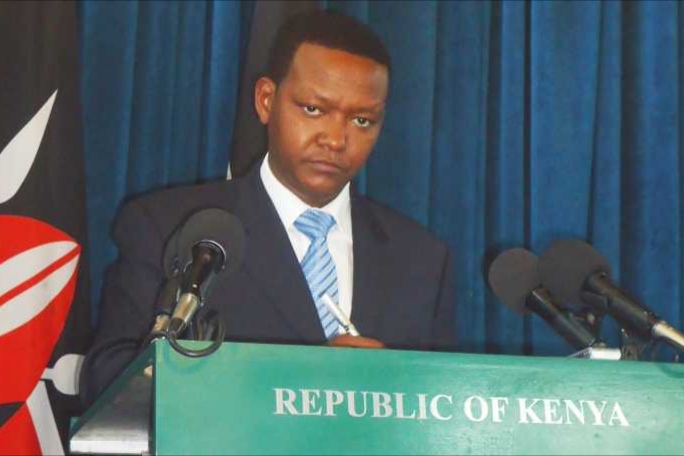 Machakos Governor Alfred Mutua has vowed to create 5 million jobs in the first 3 years if he is elected president in 2022.

Mutua, who touted his development record as his bargain chip, called upon Kenyans to not recycle leadership that is based on corruption, incompetence and greed.

We are tired of political arrogance, poverty and poor development… we need a new way of thinking and political guidance,” He said.

Mutua, who leads the Maendeleo Chap chap party, said he will take up the pain of Kenyans and find a way to bring hope among Kenyans.

“I will return Kenya to the railway tracks which we are supposed to follow. Kenyans do not want mouthy politics, but development politics.” He added.

Alfred Mutua joins a fleet of leaders who had declared their intentions to run for the top seat. He will be up against William Ruto, Kivutha Kibwana, Mombasa Governor Ali Hassan Joho and possibly Raila Odinga.

William Ruto is indebted by the Jubilee Party, for propelling Uhuru to the presidency, while Kibwana, Mutua and Joho will be banking on their development track records as well as political affiliations.